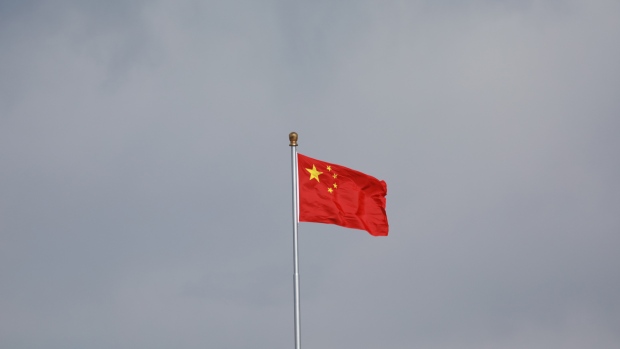 Chinese court sentenced a Canadian man to death in a drug case, the second such ruling issued since a feud erupted between the nations after the arrest of a senior Huawei Technologies Co. executive.

Fan Wei, a Canadian citizen, was among 11 people sentenced Tuesday in a case relating to the production and sale of methamphetamine in China. He and another defendant, Wu Ziping, were found to have played “an organizing and commanding role” and were sentenced to death, along with confiscation of their personal property.

Five others, including four Mexican nationals, were given either life in jail or death sentences with a two-year suspension of execution -- a punishment that is often later reduced to life imprisonment. Four others were sentenced to prison terms.

In January, China sentenced another Canadian, Robert Schellenberg, to death in a drug case. A month earlier, it also seized former diplomat Michael Kovrig and businessman Michael Spavor as part of a national security investigation. All three cases came on the heels of Canada’s arrest of Huawei Chief Financial Officer Meng Wanzhou on Dec. 1 in Vancouver on a U.S. extradition request.

China has also begun turning away Canadian canola shipments. Tuesday’s sentence isn’t formally linked to any of those, but it adds another layer of tension.

Foreign Minister Chrystia Freeland called the latest sentence “cruel” and “inhumane,” telling reporters in Ottawa that Canada opposes the death penalty in principle. She has previously called for a reduced sentence for Schellenberg, and for the outright release of Kovrig and Spavor.

The Chinese court ruled Fan and others set up a drug production facility in Guangdong province in 2012 and manufactured 63,834 grams of methamphetamine and 366 grams of dimethamphetamine. The defendants may appeal the rulings. Relatives of the defendants and consular representatives attended the sentencing hearing, the court said.

--With assistance from Ken Wang