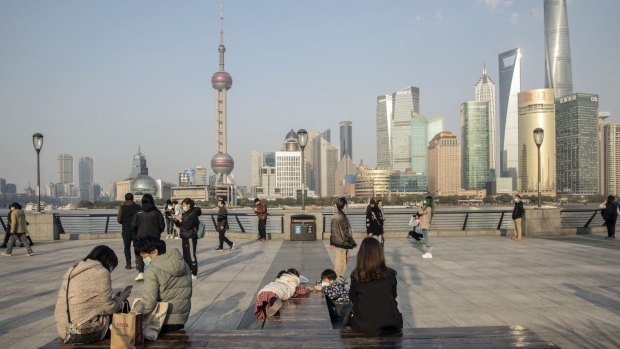 China’s economy is set to post a return to growth for the second quarter, with a range of indicators due Thursday to confirm the upward trend as the nation slowly climbs out of the virus-induced slump.

Gross domestic product is forecast to have expanded 2.2 per cent in the three months to June, according to the median estimate of economists surveyed by Bloomberg. That reverses the historic decline of 6.8 per cent in the first quarter compared to the same period last year. 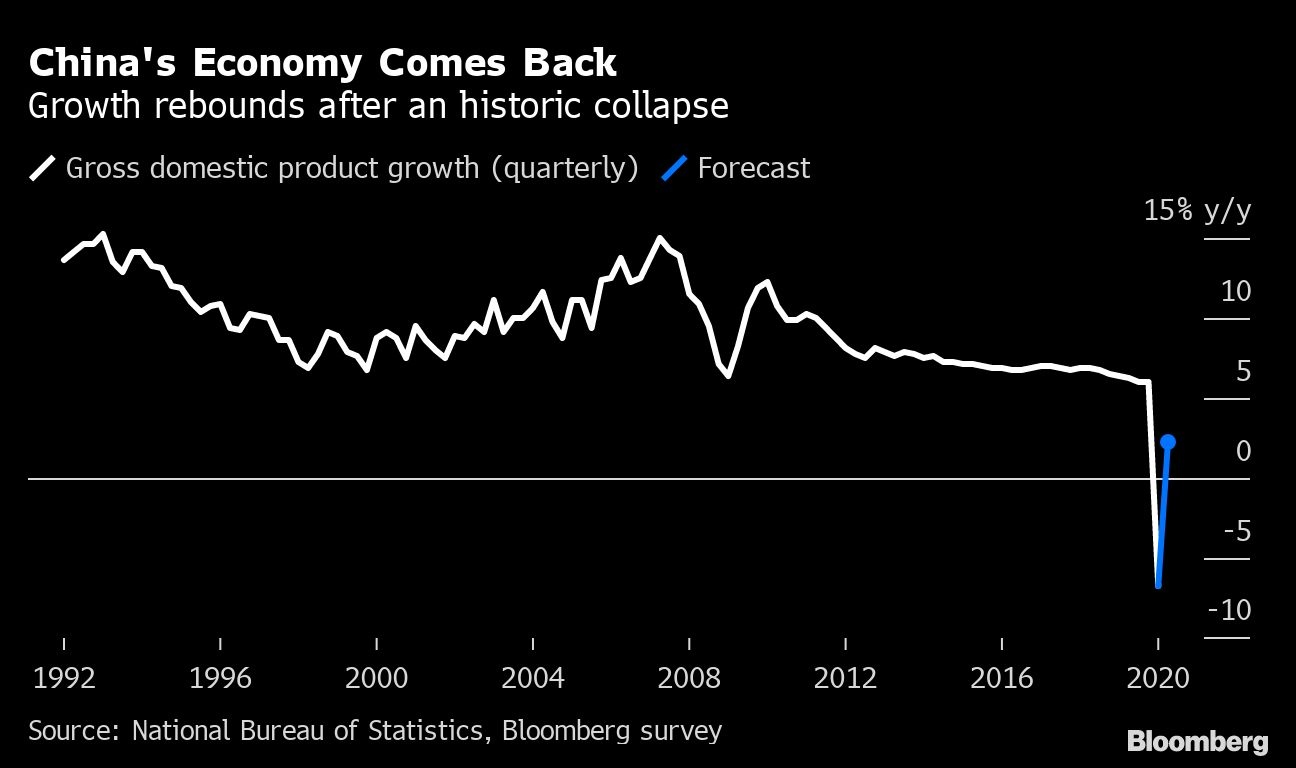 The steady resumption of growth in the Chinese economy will be a signal for a world still mired in an accelerating pandemic that the virus can be contained and output can recover. At the same time, China remains vulnerable to the effects of demand-sapping containment measures elsewhere, and local consumer confidence is fragile.

“Since mid-March, China’s economy has staged an impressive comeback, bolstered by pent-up demand, a catch-up in production, a surge in medical product exports and stimulus in both China and other major economies that has bolstered demand for goods made in China,” Wang Tao, chief China economist at UBS Group AG in Hong Kong, wrote in a note.

Industrial output likely continued to lead the rebound in June, jumping 4.8 per cent from a year earlier, survey results showed.

Fixed-asset investment in the first six months is expected to decline 3.3 per cent, a much slower pace than previously. Retail sales, the weak link in China’s fragile recovery, is projected to have grown for the first time since the pandemic, expanding by 0.5 per cent on the year. 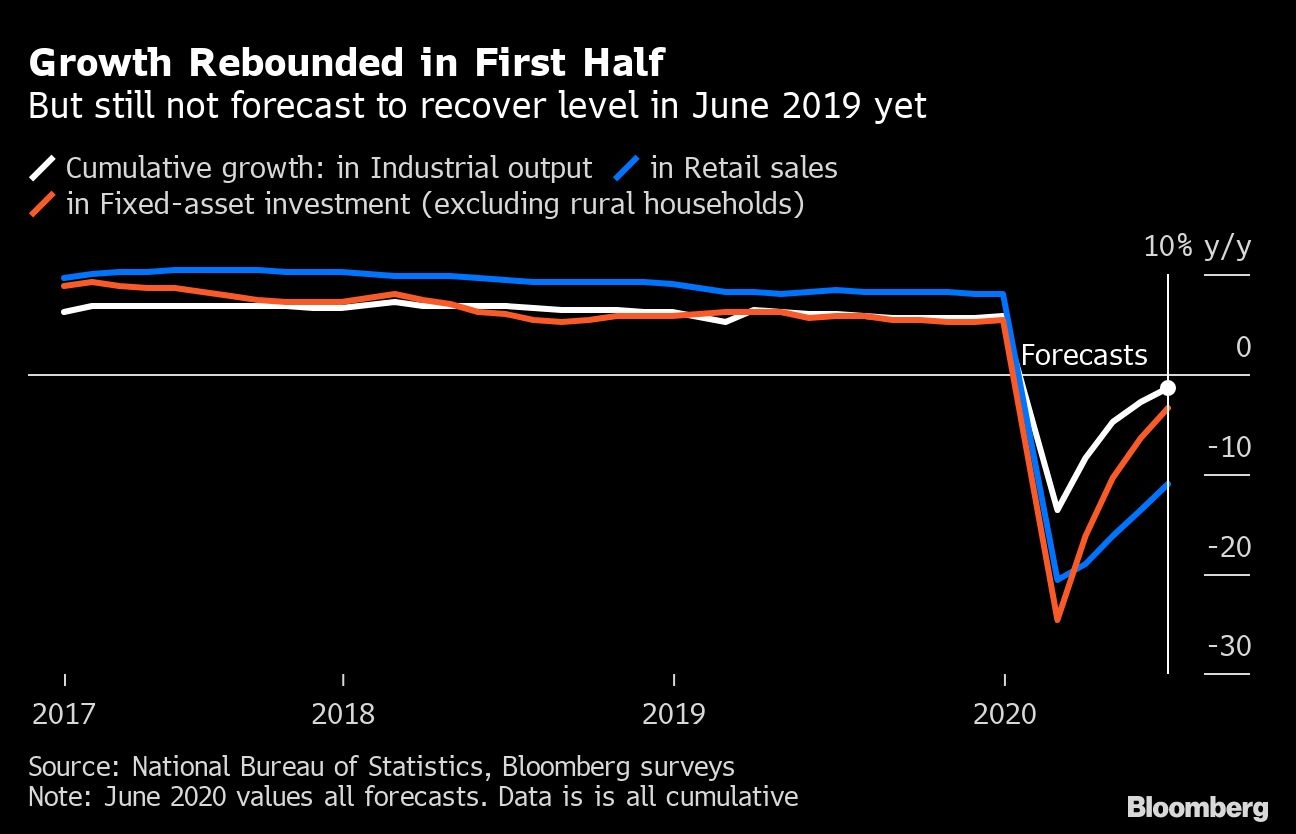 The pace of China’s recovery will depend to an extent on the effectiveness of the moderate stimulus measures rolled out so far. The government has earmarked a record 3.75 trillion yuan (US$534 billion) in special local government bonds this year, most of which will be channeled to infrastructure projects. However, infrastructure investment has so far remained a drag on growth, while property investment is expected to have returned to expansion, despite Beijing’s reluctance to further support the property market. 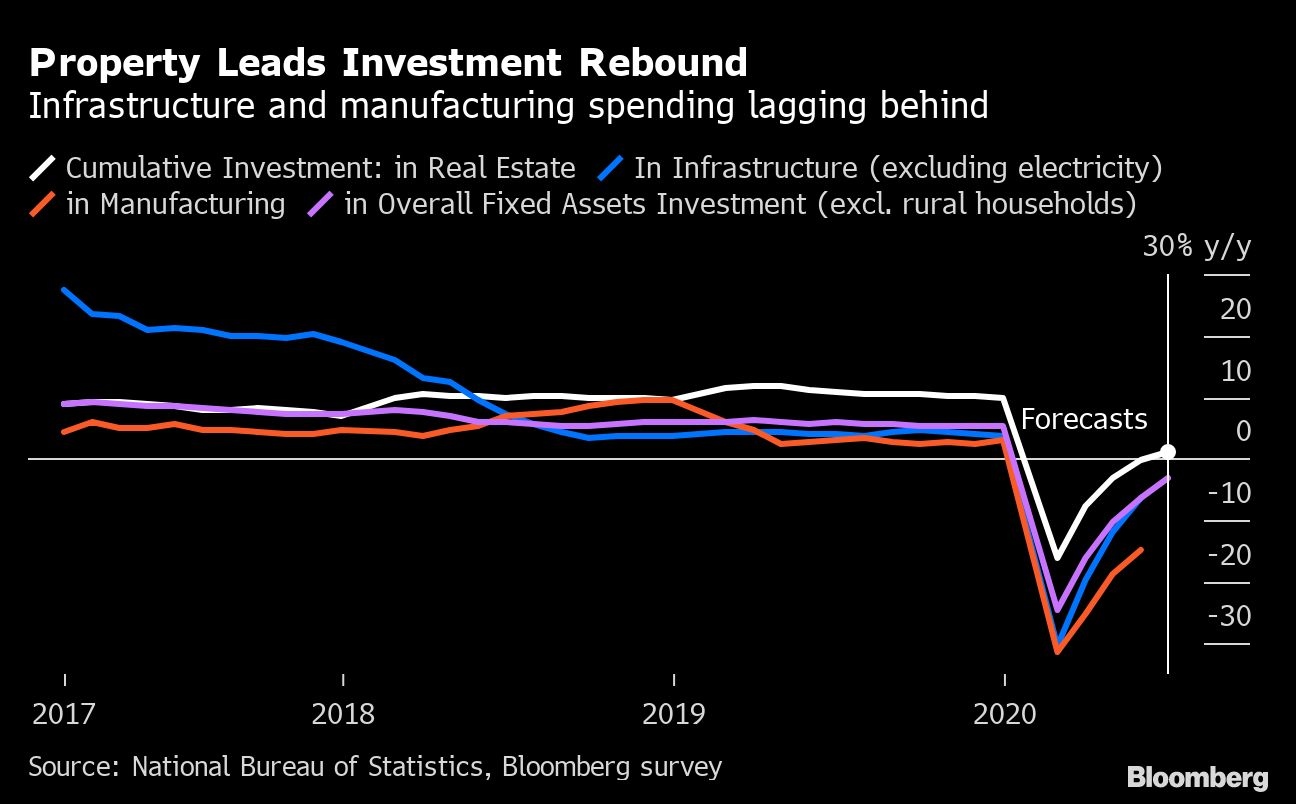 “The economic recovery has been slow domestically due to the unexpectedly slow kick-off of infrastructure investments,” said Iris Pang, chief economist for greater China at ING Bank NV. “The slow growth in infrastructure investments is dragging on growth, and is very damaging on future economic growth as jobless rates would increase with a slow recovery, and then will feed back into the economy with shrinking consumption.”

While the incremental recovery has demonstrated the resilience in the world’s second-largest economy, it remains an uneven one, mainly driven by supply rather than demand. Industrial production growth has already returned to pre-virus levels with the possibility to rise further, but consumers have so far stayed wary as small outbreaks within the country and shrinking income hurt sentiment. 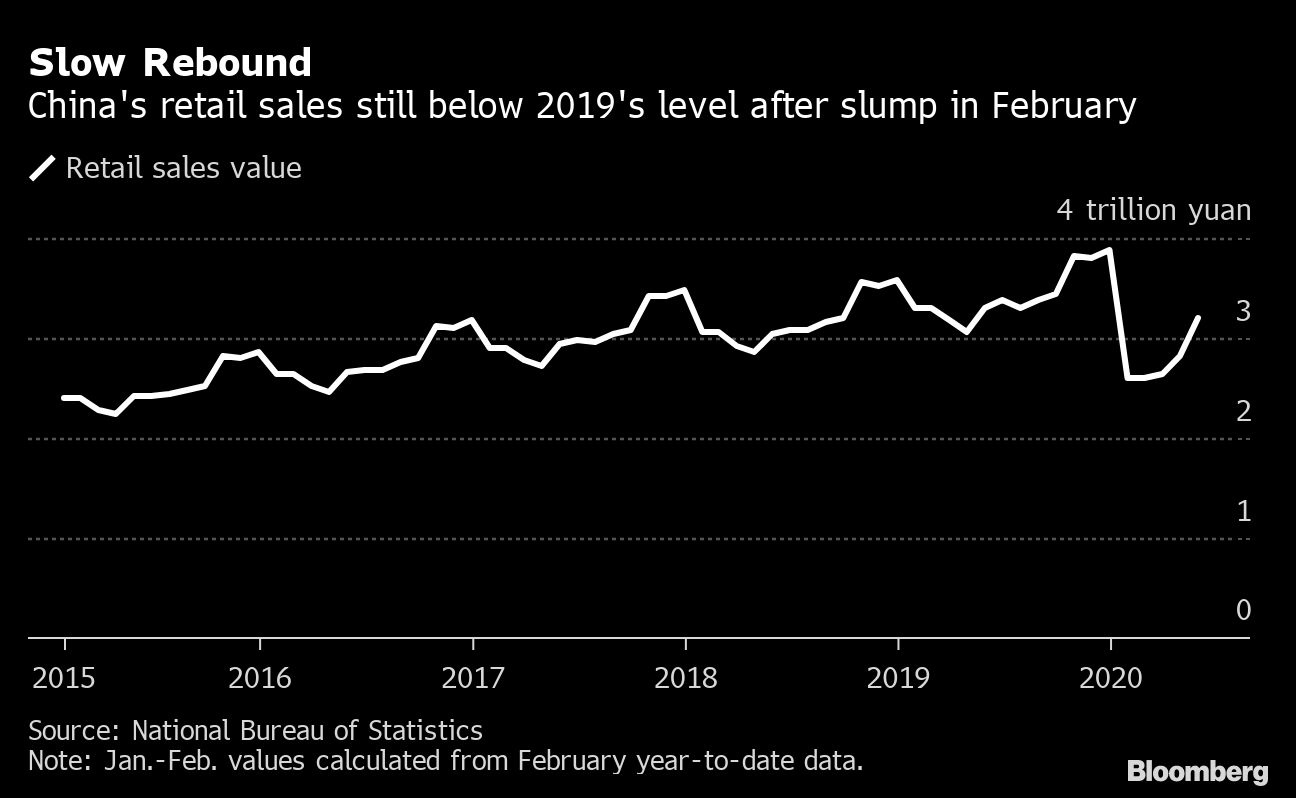 That unevenness can also be seen in the gap between the state and private sector, with the former receiving more resources. However, domestic demand is picking up faster than external demand, with China being the first to reopen most of its economy and the rest of the world still largely under lock-downs.

Looking ahead, the recovery momentum may weaken on rising uncertainty and strong headwinds.

Pent-up demand that has supported growth in the second quarter will naturally lose some steam. Exports that have been bolstered by demand for medical equipment may fall significantly when production catches up overseas. Rising trade tensions could also hit China’s exports and export-related manufacturing investment.

The risks of a second wave will also linger. The recent resurgence of cases in Beijing triggered a re-imposition of restrictions, and sporadic cases around the country continue to occur.

Serious floods in southern China could threaten to wipe out much of the country’s output this summer, with 27 provinces being hit to some extent and the current direct losses standing at 61.8 billion yuan, according to state media.

Considering the other factors weighing on growth, including unemployment and deflation pressure, a reversal from the current accommodative policy stance is unlikely.

“Despite the strong recovery between March and mid-June, we believe a full economic recovery remains distant,” Lu Ting, chief China economist at Nomura International Ltd in Hong Kong, wrote in a note. “It is too early for Beijing to reverse its easing stance.”

As the country first hit by the coronavirus pandemic and first to climb out of the slump, China’s recovery still implies a brighter outlook for the rest of the world ahead if the pandemic can be arrested.

“China is showing that the virus can be contained, but the trade-off has been very tight pandemic mitigation policies, among the tightest across major economies,” said Shaun Roache, Asia-Pacific chief economist at S&P Global Ratings. “The lesson here is that virus containment is not enough to drive a quick rebound and that we may have to wait for a lasting medical solution to truly get back to business-as-usual.”