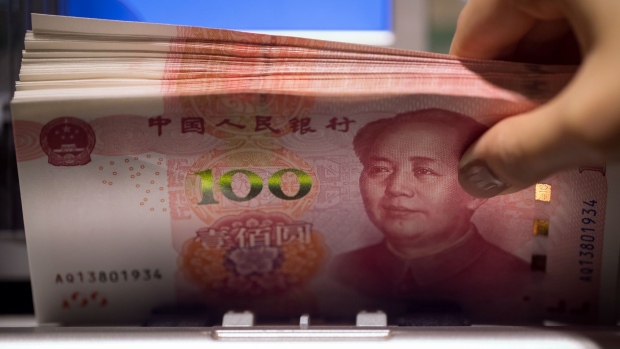 (Bloomberg) -- China’s central bank set its daily fix for the onshore yuan at the strongest level in three years, as the currency rallied amid a drop in the greenback.

The People’s Bank of China set the reference rate at 6.3485 per dollar, the strongest since May 2018, with the average estimate of 6.3478 in a Bloomberg survey with analysts and traders. The move came after the greenback fell for two straight days.

The fixing could be seen as a signal that Beijing is loosening its grip on the yuan, which was Asia’s best performer last year. Since December, the policy makers had signaled growing discomfort with a stronger exchange rate as it seeks to maintain an economic recovery challenged by sporadic Covid cases and a housing slump.