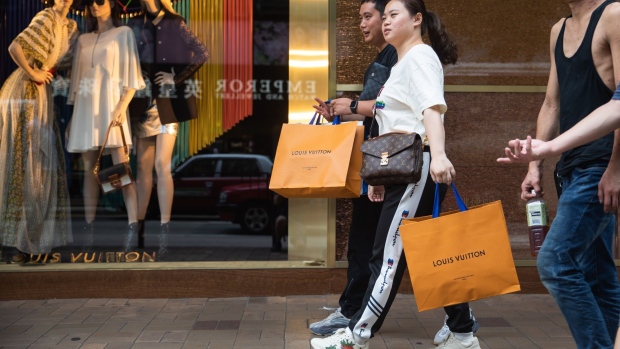 (Bloomberg) -- China’s plan to reform its consumption tax system will likely entail a hike in rates on luxury goods and products that use high energy or generate significant pollution, according to analysts at China International Capital Corp.

The changes will be focused in areas aligned with China’s goals of reaching carbon neutrality and “common prosperity,” CICC analysts led by Huang Wenjing wrote in a report.

China has been gradually widening the scope of its consumption tax in recent years but the issue attracted market attention after the Communist Party’s Qiushi Journal last week published a speech made by President Xi Jinping in August. Xi called on the government to study the possibility of expanding consumption taxes as part of a push to achieve better income distribution in the economy.

European luxury stocks have taken a knock since China began emphasizing its goal of common prosperity, and dropped again this week after Xi’s speech was published.

China’s consumption tax, with rates below 20% for most products, currently covers goods including tobacco, liquor, watches and luxury cars, and accounts for about 9% of overall tax revenue, according to CICC.

The investment bank’s analysts also expect authorities to move the collection of consumption tax from production to wholesaling or retailing. That could help redistribute tax revenues between the central and local governments and thus increase local governments’ revenue, they said.