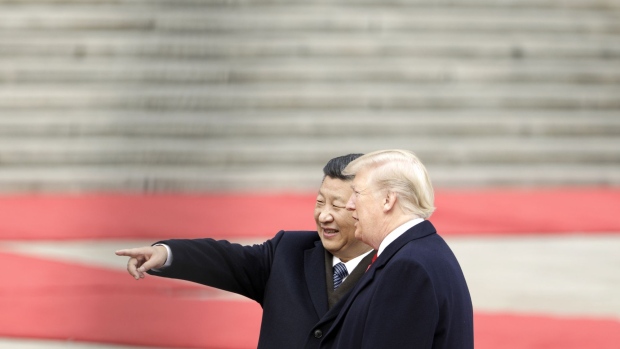 China wasted very little time in signaling on Monday that President Donald Trump isn’t the only one who can escalate a trade war. As the Chinese currency slumped below 7 to the dollar for the first time in a decade, officials in Beijing were telling state buyers to halt purchases of U.S. farm products.The clear signal: President Xi Jinping and his team aren’t planning to buckle under Trump’s latest tariff threats. If anything they’re sounding more than willing to call his bluff and play the long game. That’s one of several reasons the U.S.-China trade war casting a shadow over the global economy looks increasingly like it risks becoming the Forever War. Here are a few more:

Samsung is already reeling from Japan’s export curbs on three key materials needed to make semiconductors. An expanded list that includes machine technology could make it even harder for Samsung and South Korean carmakers to make their chips and cars.

To contact the author of this story: Shawn Donnan in Washington at sdonnan@bloomberg.net