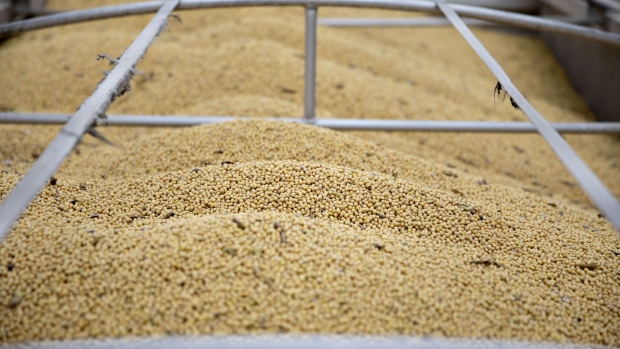 Soybeans sit in a semi trailer during harvest in Wyanet, Illinois, U.S., on Saturday, Oct. 19, 2019. Hedge funds increased their net-bullish wagers in the soybean market by more than sevenfold as weather concerns creep up for crops in the U.S. and South America. , Bloomberg

--With assistance from Jasmine Ng.

To contact Bloomberg News staff for this story: Niu Shuping in Beijing at nshuping@bloomberg.net

To contact the editors responsible for this story: Anna Kitanaka at akitanaka@bloomberg.net, Jasmine Ng, Keith Gosman