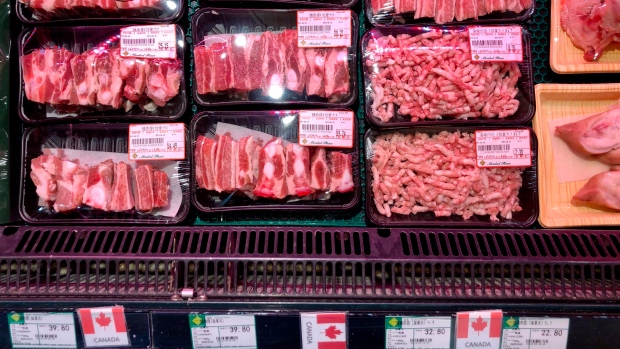 Packs of Canadian pork are displayed for sale at a supermarket in Beijing, Tuesday, June 18, 2019. , AP Photo/Andy Wong

China’s customs authorities have started testing all shipments of imported meat for the coronavirus, while officials in some major cities are also checking the products at domestic markets, after a fresh outbreak of the pathogen was linked to a wholesale seafood and meat market in Beijing.

Port authorities are conducting nucleic acid tests on all shipments of imported meat, said a trading executive with a major supplier, who asked not to be identified due to the sensitivity of the matter.

Customs officials have also started testing every consignment within shipments, instead of just taking some samples, he said.

The ramp-up in testing comes after the outbreak was traced to a chopping board used by a seller of imported salmon. Salmon was removed from supermarkets and grocery platforms in major cities.

China imported 862,000 tons of meat and offal in April, bringing total imports in the first four months to 3 million tons, a rise of 82 per cent from a year-ago, official customs data showed.

The imports came mainly from Brazil, U.S. and Europe, as the country tries to cover its protein deficit after outbreaks of African swine fever slashed its hog herd by about a half.

Beijing authorities have tested more than 2,000 samples of food items including meat, seafood and eggs, and they have all been up to standard, according to the city government. 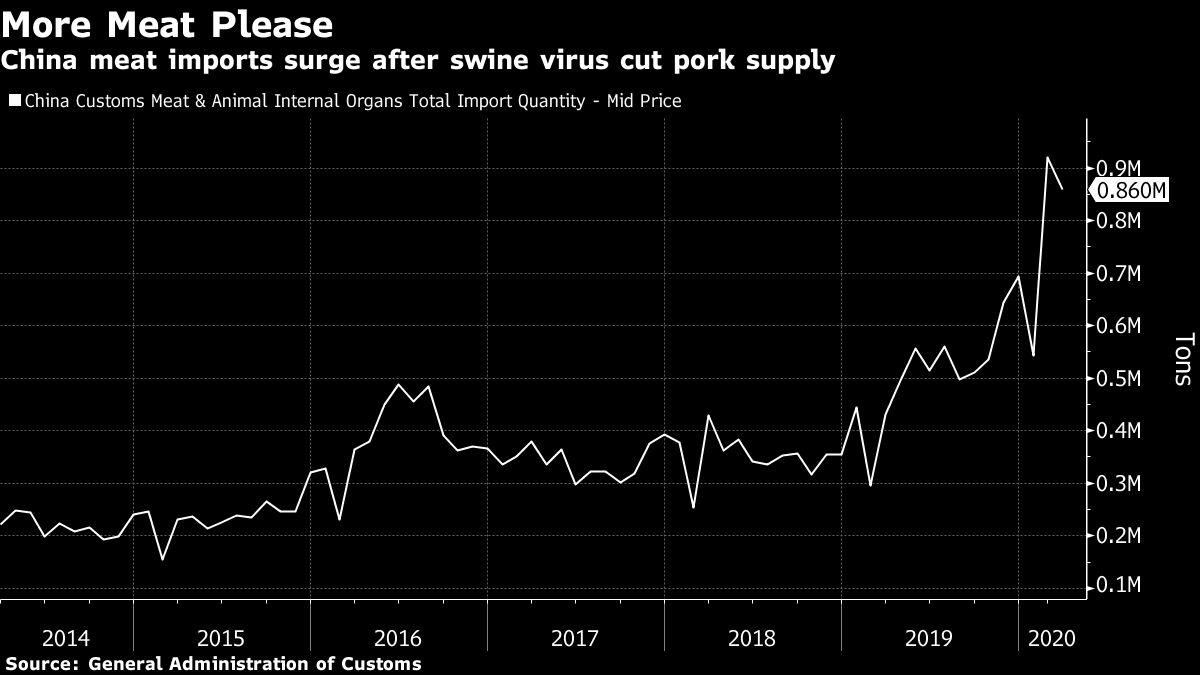 The capital has also closed 11 other markets and disinfected nearly 300 markets which sell products including vegetables, fruit, meat and fish, according to the city government.

The city has locked down several residential compounds after the reported number of infections reached more than 100.

“Buyers have not suspended imports as any suspension has to wait until an official conclusion on the virus, but some buyers may be cautious in placing new orders,” said Lin Guofa, a senior analyst at Bric Agriculture Group, a Beijing-based consulting firm. A crackdown on smuggled meat and expectations of less imported product in the coming months have pushed up prices of shipped meat at ports, said Lin.