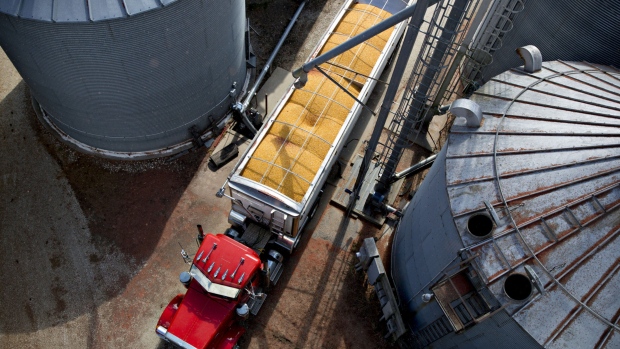 A truck hauls a load of corn between grain bins on a farm during harvest in Walnut, Illinois, U.S., on Monday, Oct. 9, 2017. Corn futures for December delivery gained 0.1% a bushel on Chicago Board of Trade. , Daniel Acker/Bloomberg

China plans to accelerate purchases of American farm goods to comply with the phase one trade deal with the U.S. following talks in Hawaii this week.

The world’s top soybean importer intends to step up buying of everything from soybeans to corn and ethanol after purchases fell behind due to coronavirus disruptions, said two people familiar with the matter, who asked not to be named because the information is private.

A separate person said the Chinese government has asked state-owned agricultural buyers to make all efforts to meet the phase one agreement.

Nobody from the commerce ministry responded to a fax seeking comment. Chinese foreign ministry spokesman Zhao Lijian said “I don’t have any further information to provide right now” when asked about the purchase plans at a briefing in Beijing.

The plan offers respite to markets concerned about trade disruptions after the countries exchanged blows over everything from the origins of the coronavirus to new security legislation in Hong Kong. U.S. equity futures, the Euro Stoxx 50, soybeans in Chicago and the yuan extended gains.

On Thursday, U.S. Secretary of State Michael Pompeo said China’s top foreign policy official committed to honor all of his nation’s commitments under the trade deal.

“During my meeting with CCP Politburo Member Yang Jiechi, he recommitted to completing and honoring all of the obligations of Phase 1 of the trade deal between our two countries,” Pompeo said in a tweet on Thursday, using an acronym for the Chinese Communist Party.

Pompeo offered no details beyond the tweet, but that was the first substantive news out of the secretive meeting with Yang at Hickam Air Force Base in Hawaii on Wednesday. It’s still unclear how the meeting came about or who had asked for it. Both sides have said the other initiated it. 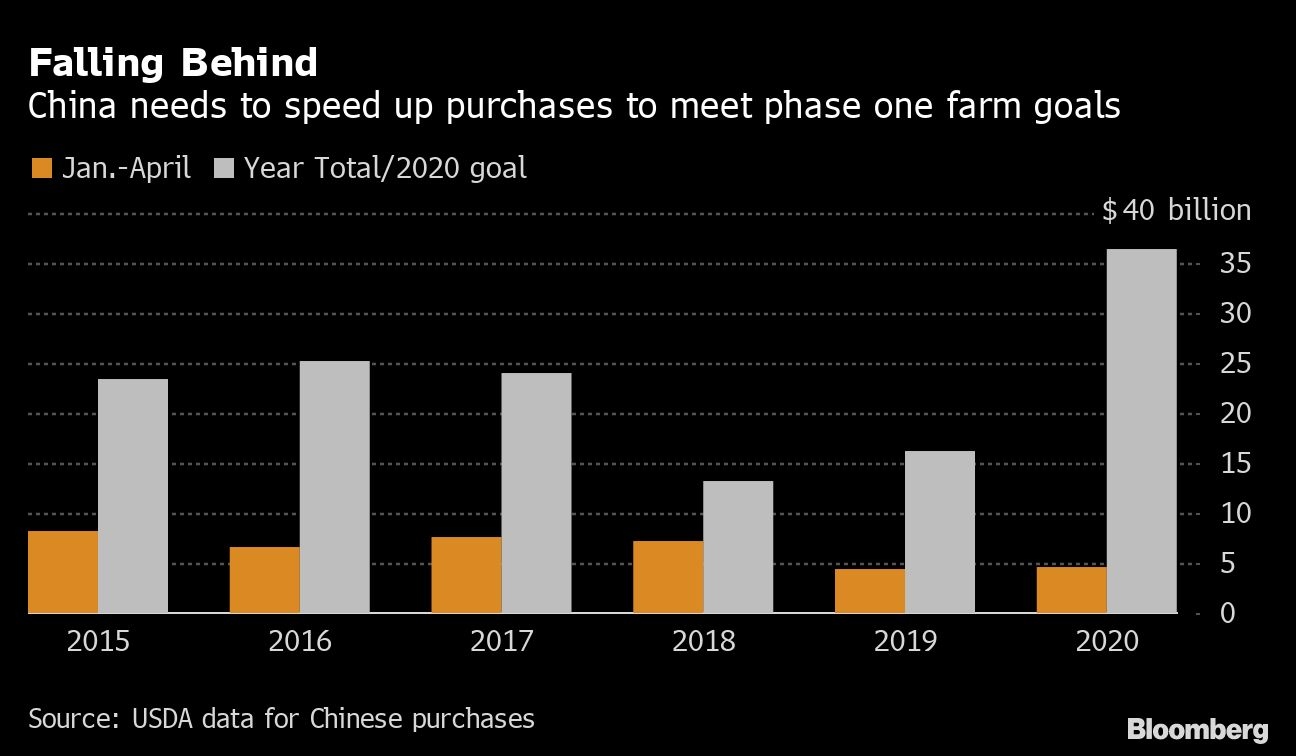 China pledged to buy US$36.5 billion worth of American agriculture products under the phase one deal, up from $24 billion in 2017, prior to the trade war.

However, China purchased only US$4.65 billion in the first four months of the year, data from the U.S. Department of Agriculture show. That’s only 13 per cent of the goal set in the trade deal and almost 40 per cent below the same period in 2017.

China had asked state buyers to halt some purchases of American farm goods including soy, Bloomberg News reported earlier this month. However, Chinese importers had continued to increase its American soy purchases, picking up 2.2 million metric tons of the oilseed in the two weeks ended June 11, according to the USDA data.