China and the U.S. announced that face-to-face negotiations aimed at ending their tariff war will be held in Washington in the coming weeks, amid skepticism on both sides that any substantive progress can be made.

Chinese Vice Premier Liu He agreed to a visit in “early October” during a telephone call on Thursday morning Beijing time with U.S. Treasury Secretary Steven Mnuchin and U.S. Trade Representative Robert Lighthizer, according to a statement from China’s Ministry of Commerce. A cautious statement from the USTR’s office confirmed that ministerial-level discussions will take place in “the coming weeks,” without specifying when.

Any meeting in the immediate future would take place against the threat of increasing U.S. tariffs on Chinese goods, as President Donald Trump’s administration is set to ratchet up levies on Oct. 1 and in December. A rapid deterioration in relations last month has left global investors reeling amid increasing evidence that the conflict is harming the economy in both nations.

“Neither China nor the U.S. want to be blamed by the rest of world for escalating the trade war and damaging the world economy,” said Zhou Xiaoming, a former commerce ministry official and diplomat. “But the talks don’t mean the two sides will inch closer or that their stances soften.” 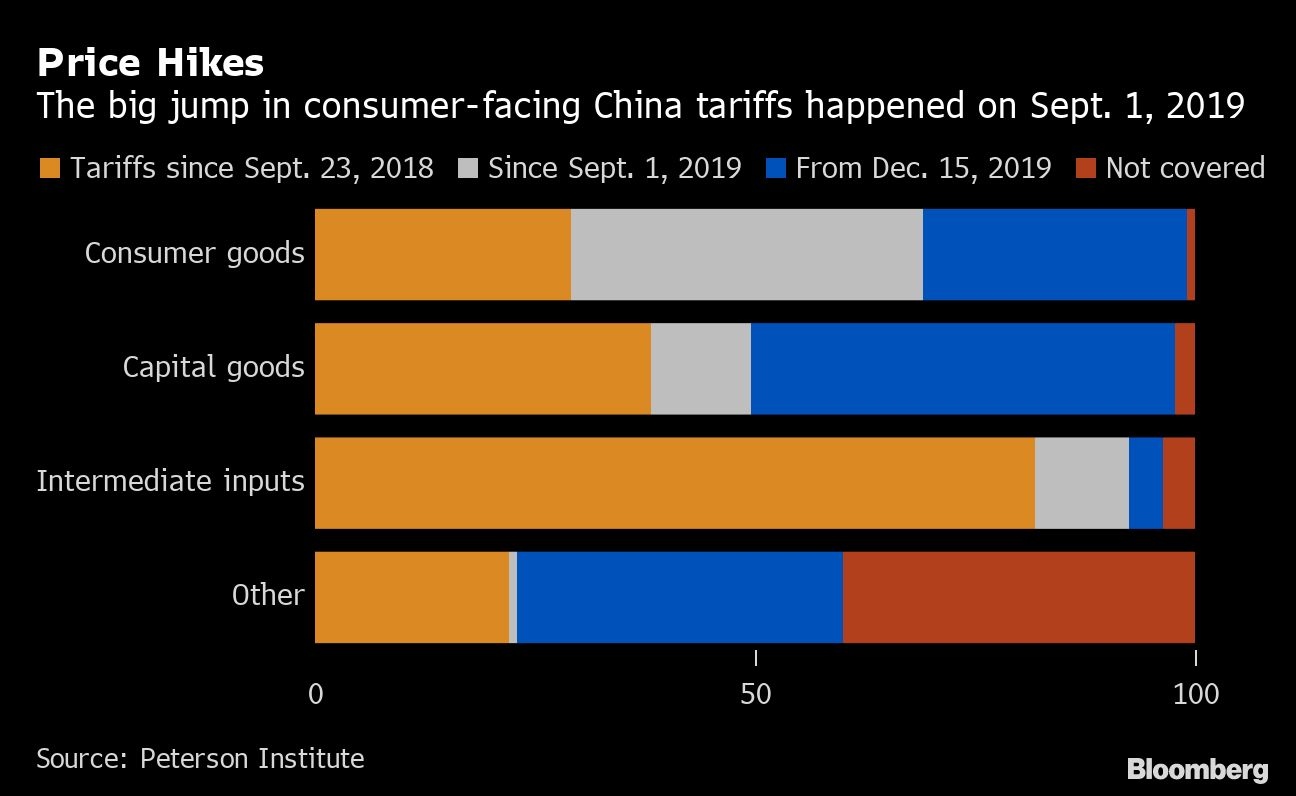 The Chinese commerce ministry said lower-level officials will have “serious” discussions this month to prepare for the talks, which had originally been expected to take place in September. The USTR said in the statement that deputies will seek “to lay the ground-work for meaningful progress.”

Both sides raised tariffs on Sept. 1 in the latest round of retaliation, the U.S. plans to add more tariffs on Oct. 1., and then both nations will increase them again on Dec. 15 unless there is a breakthrough.

European stocks and U.S. equity futures jumped on Thursday, tracking a rally in Asia. Haven assets including the yen, gold and Treasuries retreated. 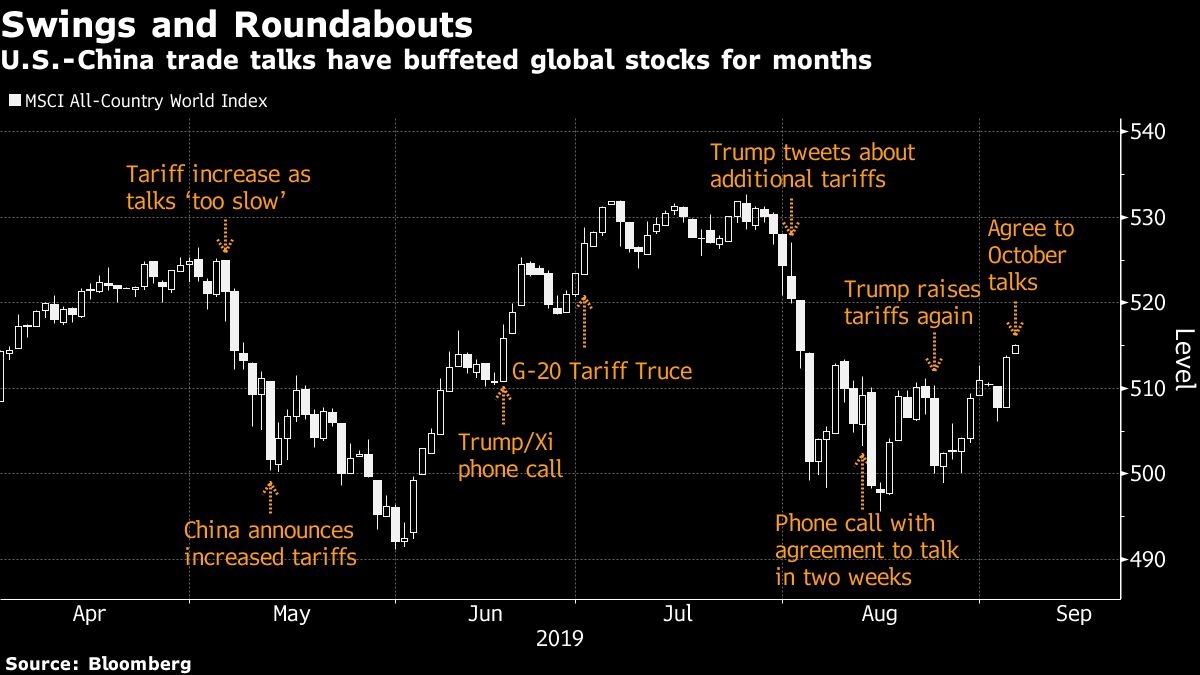 “The trade war has become a real stalemate - the U.S. has more economic advantages, while the Chinese political advantage is more obvious,” according to a commentary on Thursday afternoon in the Communist Party tabloid Global Times. “Both sides face the choice” of whether to continue the lose-lose situation or to reach a deal with compromise from both sides, it said.

“The bigger impact is on China in our estimates at this point,” International Monetary Fund chief economist Gita Gopinath told Bloomberg Television, referring to the tariffs. ‘If these tensions continue and global growth were to, say, slow even at a faster pace than we think, then that could change financial market sentiment, that could change business confidence and that can slow down the global economy.”

The IMF estimates that the current and upcoming tariffs will shave about 0.8 per cent off global gross domestic product growth in 2020, Gopinath said, with the fund forecasting a 3.5 per cent expansion next year.

Commerce Minister Zhong Shan, People’s Bank of China Governor Yi Gang and Ning Jizhe, the deputy head of the economic planning commission, were also on the call, according to the commerce ministry statement. The two sides had a good phone call and will try to make real progress, a spokesman told reporters later on Thursday in Beijing.

Some within the Trump administration are skeptical that China is willing to make the sort of broad commitment to reforms sought by the U.S. that caused a breakdown in talks in May, according to people familiar with the officials’ thinking.

Others have become increasingly focused on trying to calm financial markets and forestall any further economic fallout in the U.S. where Trump’s tariffs and the uncertainty surrounding the trade war are being blamed for a slowdown in manufacturing. It is unclear if the two sides will go back to a May draft agreement as the U.S. has been seeking.

Officials have struggled to agree on when to hold talks and what to discuss since their last meeting in Shanghai in July. While Trump’s administration ratchets up the tariff pressure, China is having to add stimulus to support its slowing economy. On Wednesday, the State Council signaled that a reduction in the amount of funds banks have to hold in reserve is on the way.

“No one is holding their breath” with regard to the talks, said Chua Hak Bin, an economist at Maybank Kim Eng Research Pte. in Singapore. “ Investors are slowly coming to terms that a trade deal is increasingly remote, with both sides talking tough and preparing for a long battle.”