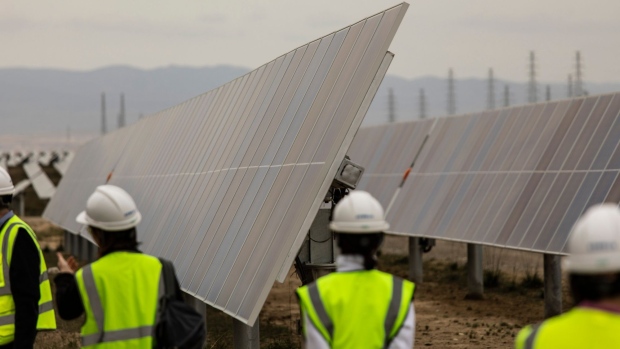 (Bloomberg) -- A new set of voluntary guidelines for Chinese companies to report environmental, social and governance metrics take effect Wednesday, offering a glimpse of what mandatory disclosures might eventually look like in the country.

Developed by China’s biggest companies and government-backed think tanks, the standards list more than 100 metrics that generally align with the global benchmark of draft rules issued by the International Sustainability Standards Board. The differences are they’re more simplistic and add “Chinese characteristics” that measure things like corporate charity.

The guidance “encourages companies to consider their responsibility as a corporate citizen” rather than looking at ESG from a pure “compliance or risk management perspective,” Jingwei Jia, an ESG analyst at Fitch Ratings Co., said in an interview. “It’s a more comprehensive and holistic view of ESG.”

The world’s biggest polluter is trying to catch up to global peers on reporting standards as part of its push to reduce emissions and meet a net-zero target by 2060. As exchanges around the world, including in Hong Kong and Singapore, make sustainability reporting mandatory for targeted sectors, China’s regulators have encouraged listed companies to report ESG information with an eye toward mandatory disclosure down the road.

With so many Chinese companies listed abroad, they will have to meet global reporting standards eventually, so coming up with a mandatory requirement is the “next step,” said Fang Xinhai, vice chairman of the China Securities Regulatory Commission at a conference in April.

“If you don’t disclose, you can’t go public, and you can’t get international capital,” he said.

A quarter of publicly traded Chinese companies already makes these disclosures and more are following each year. The number of Shanghai-listed firms issuing ESG reports grew 20% last year, while Shenzhen firms grew 13%, the fastest pace in a decade, according to Bloomberg Intelligence. Yet there have been no standardized guidelines for disclosure, which experts say have hindered sustainability efforts.

“The big companies in China, most of them have not set up their mechanisms and management on the ESG side,” Ma said. “There is a big gap -- their ratings are not as good as their global counterparts.”

What’s more, companies may be loath to incur the additional costs of gathering data and hiring outside experts until Beijing forces them to do so, said Sun Xi, chief ESG officer at fintech consultancy SusallWave Digital Technology (Shenzhen) Co.

“Unless it’s government-driven, we don’t see many companies adopting it,” he said, adding that firms seeking to attract foreign investment would have done this reporting already using international standards that are more sophisticated.

Ping An Insurance Group Co., among the more than 40 companies and state-owned enterprises consulted on the new guidelines, said it hoped the guidelines would encourage more companies to do sustainability reporting, especially with government-linked think tank China Enterprise Reform and Development Society leading the program.

With other Beijing-backed research institutes, including from the Ministry of Commerce and National Development and Reform Commission, weighing in, “if it’s successful, then potentially this guideline will be referenced by the government” for any mandatory requirements, said Shizhuo Zhu, at Ping An Technology who helped draft the document.

For now, the group is working on industry-specific guidelines and could develop an ESG scoring framework based off these disclosure standards, Zhu added.

The guidelines reference existing regulations like local labor and environmental protection laws and take a different approach to reporting standards by adding Chinese priorities that are rarely found elsewhere. These include: