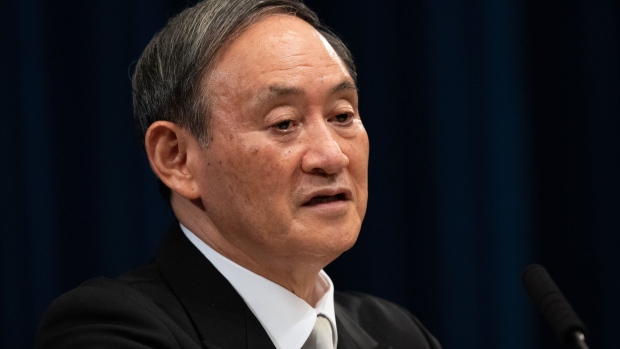 (Bloomberg) -- China criticized Japan’s Prime Minister Yoshihide Suga for sending an offering to a shrine for Japanese war dead, saying it was a “negative action” and that the country should reflect on its war history.

Foreign Ministry spokesman Zhao Lijian was responding to a question about Suga’s offering to the Yasukuni shrine, reported by Japanese broadcaster NHK on Saturday.

The shrine honors 14 men convicted as war criminals and has long been a source of tension with China and others in the region who see it as a symbol of Japan’s past military aggression.