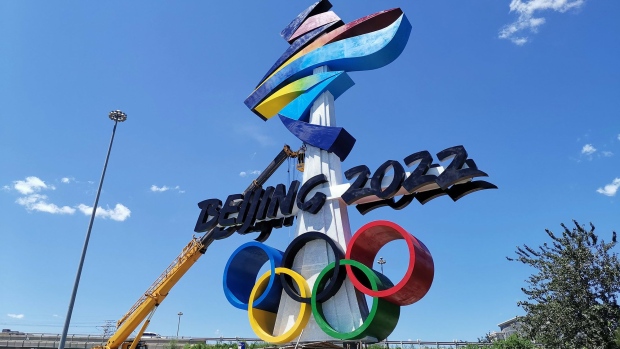 (Bloomberg) -- China says it’s determined to hold a successful Winter Olympics in roughly 65 days even after the World Health Organization warned Covid cases may surge due to “severe consequences” fueled by omicron.

“However with China’s experience in dealing with Covid-19, I completely believe that the Winter Olympics will be held smoothly and on schedule,” he said.

China has often touted its success fighting the pandemic while criticizing nations including the U.S. for their fatalities. It has stuck to its zero-tolerance approach to handling Covid as other countries started opening -- at least before omicron arrived. China has deployed some of the toughest methods in the world to contain its spread since the earliest days of the pandemic last year, including long quarantines and severe lockdowns on flareups.

The Global Times, a newspaper backed by the ruling Communist Party, said in an editorial Monday that China is in the best position in the world to stop any new outbreak due to omicron, describing the nation as a “true impregnable fortress” against the spread of coronavirus.

In April, Chinese leader Xi Jinping promised his nation would hold “a simple, safe and splendid Olympics,” which are set for Feb. 4-20 in Beijing. Still, China has faced headwinds, most notably from the U.S. Earlier this month, President Joe Biden said he’s weighing a diplomatic boycott of the spectacle, meaning the U.S. would decline to send a delegation of government officials.

The White House later said Washington has “serious concerns about the human rights abuses we’ve seen in Xinjiang,” where a United Nations assessment says an estimated 1 million members of ethnic minorities, including Muslim Uyghurs, have been detained.

Beijing denies the allegations, saying it is providing education to children and job training to adults to permanently raise living standards in the impoverished region.