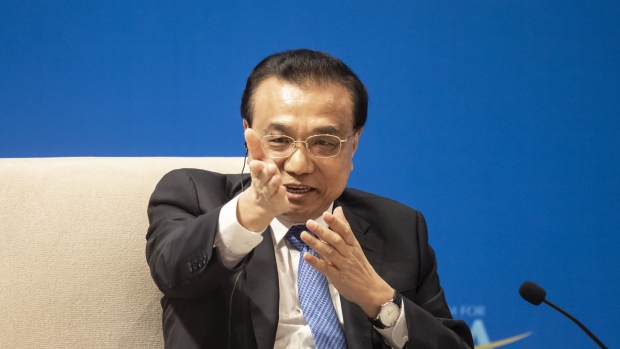 Li Keqiang, China's premier, gestures as he speaks during a session to meet with business leaders at the Boao Forum for Asia Annual Conference in Boao, Hainan province, China, on Thursday, March 28, 2019. Li said on Thursday he hopes China's trade talks with the U.S. will produce an outcome, and a deal between the world's two largest economies won’t harm the interests of other countries. Photographer: Qilai Shen/Bloomberg , Bloomberg

The government will put special emphasis on the use of market instruments, Li said on a visit to Guangxi Province in southern China. Macro-level policies should be calibrated precisely to the requirements of local business, especially during times of economic uncertainty, he added.

Here are some other points that Li made during the visit: