China won the World Trade Organization’s permission to impose US$3.6 billion in sanctions against the U.S., in a case that predates the tariff war between the world’s two largest economies but may add a layer of tension to ongoing talks.

The damages awarded Friday, in a statement on the Geneva-based organizations’ website, are the third highest in WTO history.

The case began before the 18-month-old trade war between the two nations, which has led to tit-for-tat tariffs covering some US$500 billion in goods going in both directions. While the ruling deals with matters outside the current negotiations to conclude phase one of a comprehensive trade deal, it gives Beijing a new — and legal — weapon to slap the Trump administration with if it opts to do so.

In May 2017, the WTO said in an appellate ruling that the U.S. must modify its anti-dumping regime, a setback for the way America restricts cheap Chinese imports. Beijing asked for permission to retaliate against US$7 billion in U.S. goods. In January this year, the WTO gave the U.S. Commerce Department until Aug. 22 to modify its anti-dumping methodologies or face the prospect of Chinese retaliation. 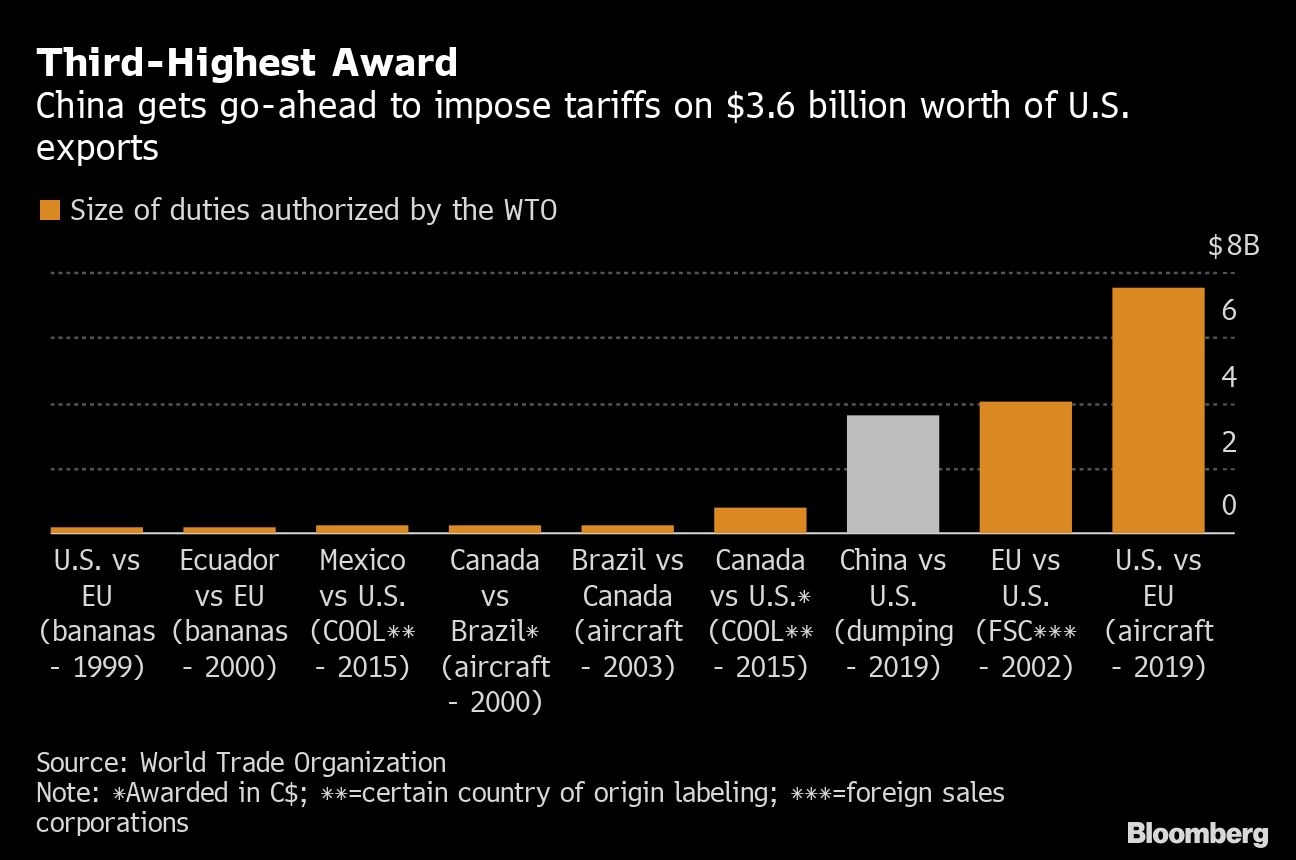