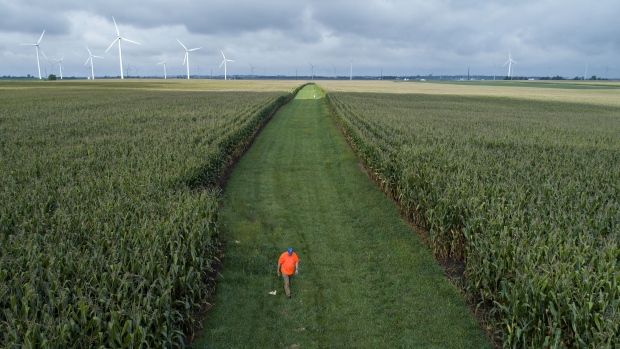 Turbines in the Fowler Ridge Wind Farm stand in the distance as an agricultural analyst walks between corn fields during a stop on the Midwest Crop Tour in this aerial photograph near Kentland, Indiana, U.S., on Tuesday, Aug. 21, 2018. , Bloomberg

Chinese buyers are back in the market for American soybeans after crushers in the Asian nation were granted a new round of tariff waivers, according to people familiar with the matter.

Soybean processors in China were granted permission to buy another 10 million metric tons of U.S. supplies without retaliatory duties, said the people, who asked not to be identified because the information is private. On Tuesday, buyers were seeking cargoes for late this year and early next, the people said.

The bids mark a return to the American market after Chinese buyers recently picked up cargoes in Brazil, where prices have been more attractive to Asian crushers. This would be a third round of waivers, with about 5 million tons granted previously.