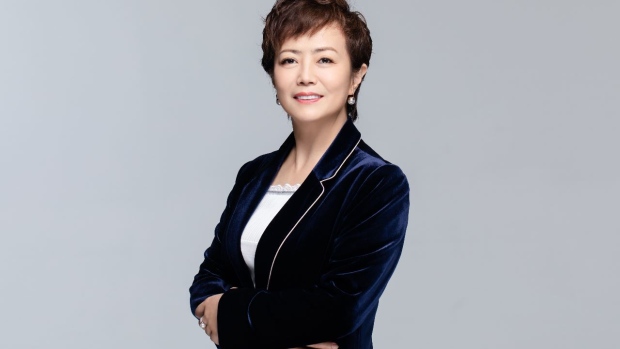 (Bloomberg) -- Chinese electric-car juggernaut BYD Co. is looking to get into the lithium business in Latin America and Africa after prices of the key battery component surged to “unreasonable” and “not healthy” levels.

BYD is scouring the world for lithium supplies, Executive Vice President Stella Li said in an interview Tuesday. In Chile, it’s in talks to enter into a mining project and is applying for permits to process the raw material into cathode for batteries. The automaker is also looking to invest in African lithium projects, although it’s detected infrastructure shortfalls there.

“We are now globally searching any opportunity,” Li said from Santiago, where she’ll cut the ribbon on Chile’s first EV dealership. “So Africa and and Chile and also Argentina. Every country that has lithium reserves, we’d like to participate in to reserve for the future.”

While makers of EVs and rechargeable batteries are reaping the benefits of surging demand in the shift away from fossil fuels, they are also facing tight markets for raw materials like lithium and copper. In a bid to lock in future supplies, they’ve started to fund mining and processing projects.

Lithium has skyrocketed to record highs after demand outpaced supply, with prices in China more than doubling this year. But Li sees the market swinging back into surplus next year as new mines come on stream, with prices “stabilizing.”

There has been “hot money” going into the lithium space for the past two years and current prices are “not healthy, and will kill the industry” if they continue, said Li, who heads the company’s strategic planning from Los Angeles. She spoke from Bloomberg’s offices in Santiago.

In Chile, the biggest producer of copper and the second-largest supplier of lithium, BYD supplies electric buses and taxis and is opening a dealership targeting the high-end consumer market. But the Chinese giant is known for its vertical integration and wants to build a local supply chain there.

BYD intends to provide technology for Chilean mines to directly extract lithium, and will secure supplies through offtake agreements with producers, Li said. From there, BYD will use the mineral to produce cathodes that will go into EV batteries, including BYD’s Blade, although it doesn’t plan to make battery cells in Chile.

It’s also in talks with prospective partners -- other than incumbent producers SQM and Albemarle Corp. -- for a Chilean mining project, and has submitted applications to state development agency Corfo to do customized materials to produce cathode in Chile, according to Li.

BYD is more than willing to deal with the state lithium company that Chile’s government is creating to partner with private companies. In January, the Chinese firm was awarded a lithium contract by the previous government, but that process was rescinded amid community opposition.

The company is expanding its global presence at a time when governments around the world are attempting to develop local and regional EV supply chains -- partly in a bid to reduce their reliance on China. President Joe Biden’s green stimulus program, for example, aims to create a preference for lithium produced in the US or in free-trade partners like Chile.

--With assistance from Eduardo Thomson and Craig Trudell.