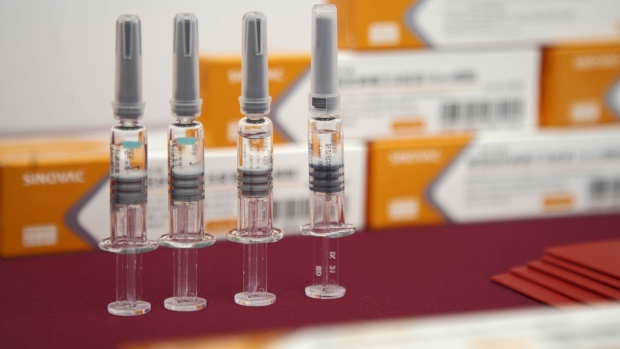 The vaccine was being administered on Friday at a city health service center, according to the The Paper website. Residents are charged 400 yuan ($60) for two shots of the treatment, with an added service fee of 28 yuan, it said.

Most Chinese local governments only approve vaccines for emergency or for people who have approval, including medical workers, customs staff, diplomats and state-owned company employees who need to work abroad. Vaccinations for members of the public that are not considered essential workers or have emergency approval are a new development.

The vaccine was developed by Chinese company Sinovac Biotech and has not been fully tested or officially approved for marketing, according to Global Times. The center told the Shanghai Law Journal that people need only queue at the facility to get inoculated, and because of limited quantity it is offered on a first-come, first-served basis.