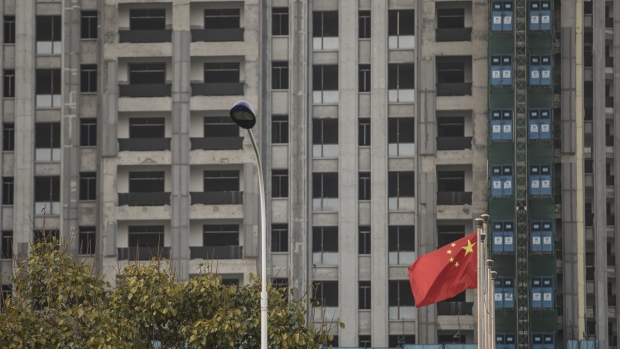 (Bloomberg) -- Modern Land China Co. has become the latest Chinese builder to miss payment on a dollar bond, in a further sign of stress in the nation’s indebted real estate sector.

The firm didn’t repay either the principal or interest on a $250 million bond due Monday, according to a filing to the Singapore stock exchange Tuesday morning. The company is working with its legal counsel Sidley Austin and expects to engage independent financial advisors soon, the filing said.

China has clamped down on the indebted real estate sector, making it difficult for developers to refinance as they face falling home prices and sales. Multiple developers have defaulted this month, though China Evergrande Group made a coupon payment last week before a grace period expired. Still, Evergrande’s creditors are bracing for an eventual debt restructuring that could rank among the largest ever in China.