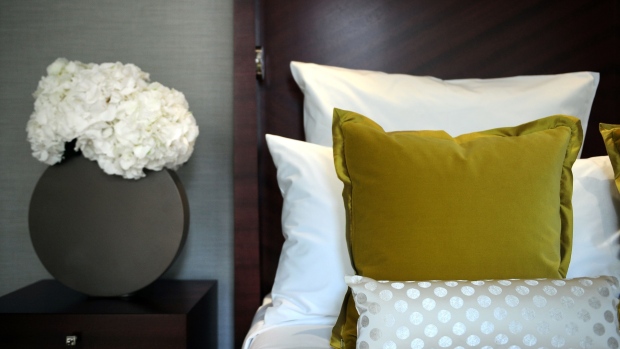 China’s biggest hotel operator is looking to acquire foreign hospitality chains as the rapid recovery of the country’s domestic travel market puts it at an advantage to ailing global peers.

While major hotel brands like Marriott International Inc. and Hilton Worldwide International Inc. remain hobbled by the halt in travel amid a resurgence of infections in Europe and the U.S., Shanghai-based Huazhu Group Ltd.’s business has bounced back to pre-pandemic levels. In the second quarter, Huazhu’s occupancy rate reached 69 per cent, compared to Hilton’s 22 per cent and Marriott’s 14 per cent.

With the virus largely eradicated in China, business travel has recovered and domestic leisure tourism is growing, buoyed by consumers voyaging locally since overseas vacations are near-impossible due to the government’s virus containment measures. China is the only major economy projected to grow in 2020, albeit at a slower pace than before, and this divergence with the rest of the world is starting to play out on the corporate landscape.

While its global peers are cutting jobs and seeing revenue slide, the U.S.-listed Chinese operator has just raised HK$6.07 billion (US$783 million) from a second listing in Hong Kong. It started trading on Nasdaq in 2010.

“We won’t hesitate to take action if there are proper acquisition targets, as operators with global presences will face challenges in the next one or two years amid virus and geopolitical tensions,” said group president Jin Hui, in a Bloomberg interview last week. “With capital raised from the IPO, we are able to seek partnerships at any level.”

Huazhu’s grand ambitions is a sign of how some of China’s businesses see an opportunity to gain ground on their embattled foreign rivals in the pandemic’s wake. It aims to be the world’s biggest hotel chain both in terms of market value and number of hotels in five to ten years, said Jin. It’s currently the biggest in China by market value, and third in the world behind Marriott and Hilton.

Still, Chinese companies bidding for foreign acquisitions may find a hostile reception, given rising tension between the Asian giant and countries including the U.S., Australia and Canada over a range of issues from trade to human rights. In recent months, geopolitical opposition to China has extended from sensitive industries like telecommunications and microchips to consumer companies: last month, China Mengniu Dairy Co. had to scrap plans to buy Kirin Holdings Co.’s Australian beverage unit after being told the deal would likely be blocked by Canberra. 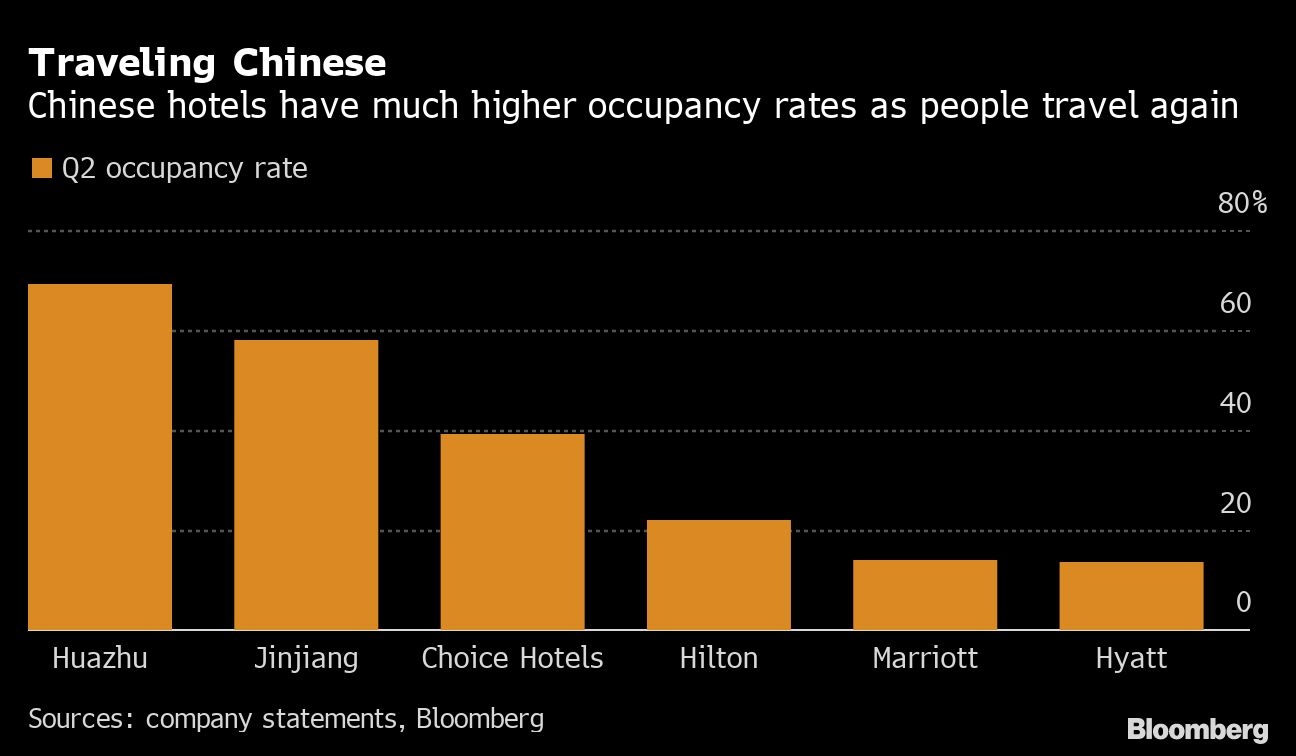 The pandemic is nevertheless providing an unexpected boost to certain consumer sectors on the mainland. Not only is life in China’s megacities largely back to normal, the inability of consumers to travel and shop overseas has transferred billions of spending back to local companies. Luxury consumption has surged on the mainland while holidays to local destinations like southern island Hainan are booked out.

Huazhu now plans to open more than 1,600 new hotels this year, with a target of 10,000 hotels by 2023, up from 6,000 now, said Jin. For the upcoming Golden Week holiday -- a peak vacation period for Chinese consumers -- bookings look equal to last year’s, he said.