Chinese investment in U.S. commercial property is plunging as restrictions on capital leaving the country and geopolitical tensions weigh on real estate deals.

Chinese investors put US$1.4 billion into U.S. commercial real estate in the 12 months through September, a 76-per-cent plunge from a year earlier, according to a report from Real Capital Analytics. Investment from Hong Kong was also down in the period. 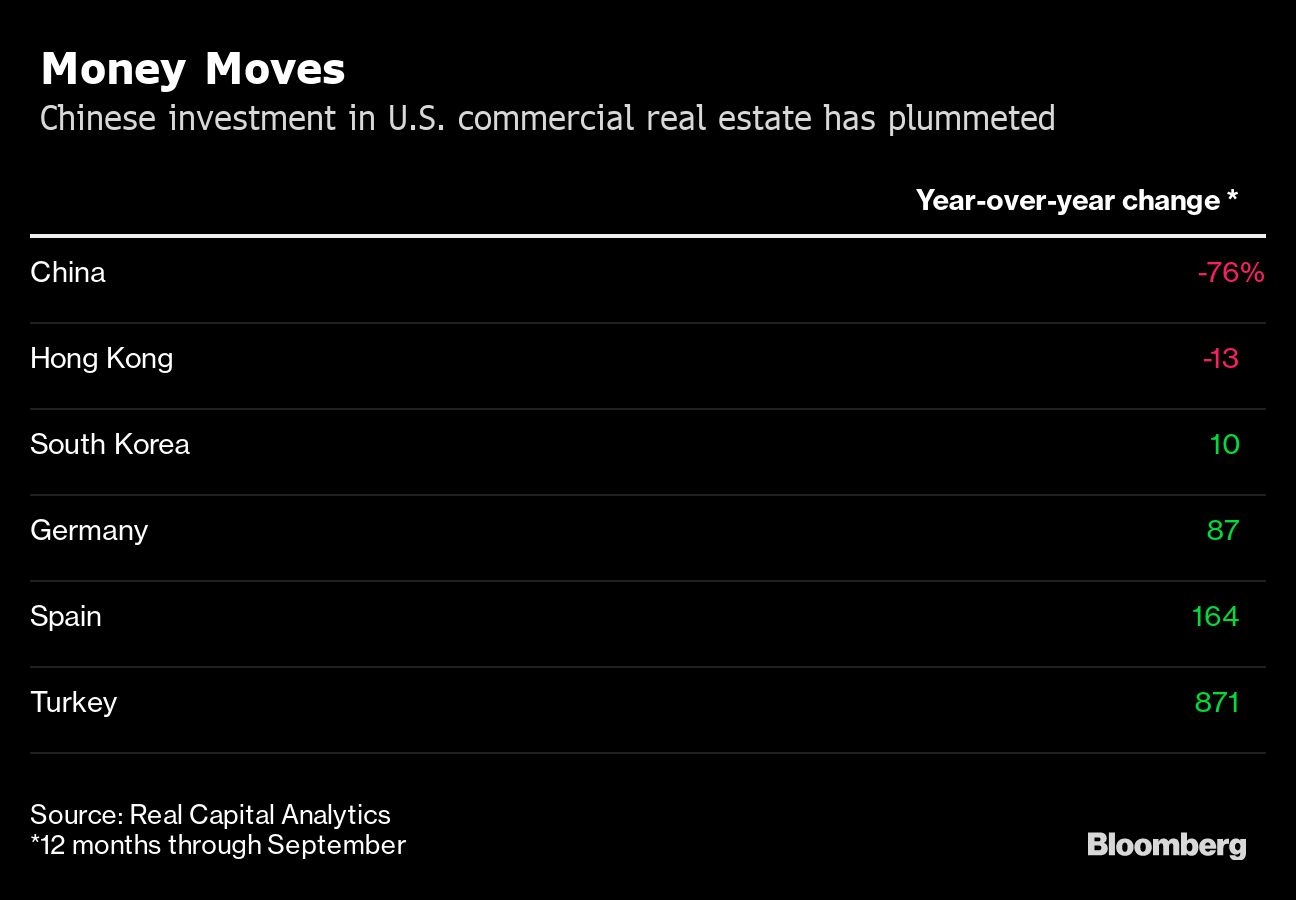 In the 12 months through September, foreign investors were net sellers of U.S. commercial real estate, according to Real Capital Analytics. That’s after six consecutive years of gains in cross-border acquisitions.

While Chinese investors are avoiding U.S. deals, there was an uptick in capital from countries including Germany, Turkey and South Korea.

In September, China’s Anbang Insurance Group Co. agreed to sell a portfolio of luxury hotels in the U.S. to South Korea’s Mirae Asset Management Co. for US$5.8 billion.