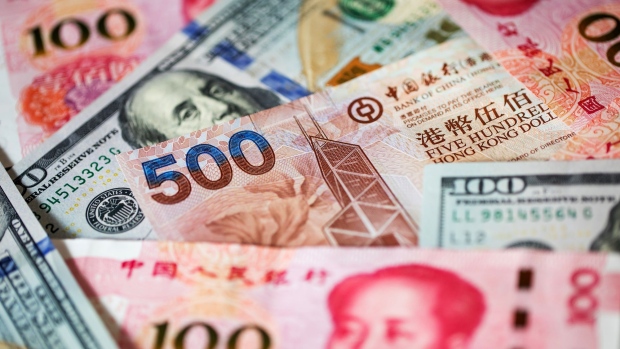 The money manager’s flagship fund has returned 785 per cent since its inception in 2010. He trounced the Shanghai Composite Index’s 14 per cent gain by owning just the one stock, sticking with Moutai as it became the world’s most valuable distiller. But Dong, a partner at Beijing Lingtongshengtai Asset Management, sees any price above 700 yuan (US$102) as excessive. Moutai last closed at 968 yuan.

Dong, who recognizes Moutai was a “once in a millennium” trade for him, started swapping some of those shares for Chinese commercial lenders in 2018, and has recently added leverage. His fund has posted a 54 per cent gain this year, according to data from Shenzhen PaiPaiWang Investment & Management Co., which tracks private funds such as Dong’s.

"This is a historic opportunity," said Dong, referring to banks’ low valuations. He declined to disclose the exact size of his fund. "Money is up for grabs, but the market has not yet responded as it should to a substantial recovery in banks’ financials in the first quarter."

Dong said he prefers commercial banks because he sees signs bad loan ratios are starting to drop. He also cited the sector’s improving profitability, as well as double-digit growth in revenue from lenders’ core business as reasons for optimism. The eight listed joint stock commercial banks trade at an average of about 6.6 times projected earnings for this year, according to data compiled by Bloomberg.

Dong said he’s avoiding the big four state-owned lenders because they’re not volatile, and dislikes smaller banks because they lack the resources to withstand risks in the financial system. Investors got a shock in May when the government seized local lender Baoshang Bank Co., a decision that drove up financing costs across the country’s capital markets.

As for Moutai, Dong says it’s time to move on. The distiller is trading at 28 times this year’s earnings, which is near the highest since January 2018 and a valuation some investors may see as signaling it’s getting expensive.

One risk for commercial lenders is if non-performing loans rise due to a slowing economy. And any rate cuts to spur growth also make it less profitable to lend, squeezing margins.

“China’s large commercial banks are in a position very similar to distillers six or seven years ago," he said. "You may say I’m crazy but people said the same when I was bullish on Moutai."