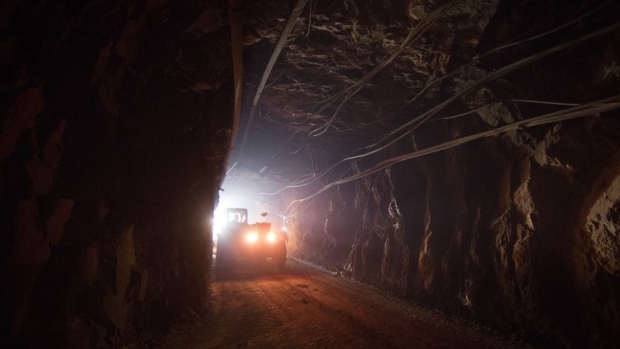 A truck moves through a tunnel to pick up rock ore from the digging floor at the underground gold mine. , Bloomberg

TORONTO - The Chinese company trying to buy TMAC Resources Ltd. has appointed a Barrick Gold Corp. veteran as CEO of its Canadian operations even though the deal is still being reviewed by Ottawa.

Shandong's $230-million offer to buy TMAC, owner of the Hope Bay mining project in Nunavut, has received Chinese regulatory approvals and TMAC shareholders voted in favour of it in June.

The Commissioner of Competition has issued a “no action” letter, but it is still being reviewed under the Investment Canada Act and Ottawa could veto the deal if it finds it would harm national security.

Wall has more than 24 years of experience in the mining industry, most recently at Nevada Copper Corp.

During a 12-year stint at Barrick that ended in 2018, the Canadian citizen served as executive general manager of the Veladero gold mine in Argentina. Shandong bought a 50 per cent stake in the mine in the high Andes mountains three years ago.

“We have worked closely with Mr. Wall during our successful partnership with Barrick Gold and welcome him to lead our Canadian business,” said Liu Qin, director of Shandong Gold, in a news release.

“His extensive background in the industry will serve us well in Nunavut, beginning with the development of an expansion feasibility study aimed at doubling the output at Hope Bay.”