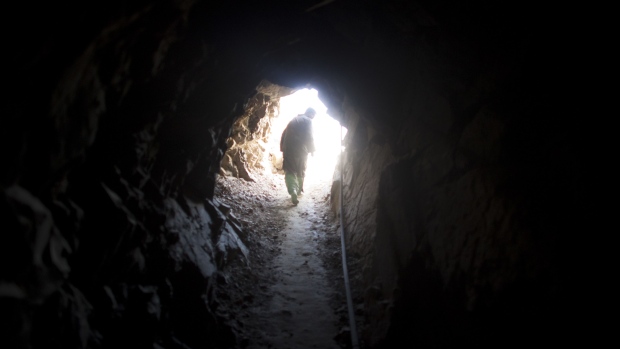 Afghanistan is sitting on deposits estimated to be worth $1 trillion or more, including what may be the world’s largest lithium reserves, a vital component for the energy-storage batteries that are driving the world’s transition away from fossil fuels. The opportunity in Afghanistan comes after the U.S., China’s great geopolitical rival, ended its two-decades long military presence in the country earlier this year.

Taliban government officials recently met with representatives from five private Chinese companies to discuss mining in the country, according to the Afghanistan Chamber of Commerce and Investment. The companies showed “strong interest” in the nation’s mineral deposits as well as the construction and agriculture sectors, Khanjan Alokozay, a senior member of the chamber, said by phone.

China is both the world’s biggest consumer of minerals and a long-term investor across many of its Asian neighbors via President Xi Jinping’s signature Belt and Road initiative. To secure its supply of commodities, Beijing has shown a willingness to invest in some of the world’s most volatile jurisdictions, including nations in Africa and South America.

China’s interest has the backing of the Taliban government, said Alokozay. The militant group is seeking foreign support for an economy that has collapsed since it came to power in August. Efforts to increase trade between the two nations were also discussed, he said.

China is yet to recognize the Taliban but is building ties with its administration and has pledged to help rebuild the country. Beijing is keen to expand its influence in the region and prevent both militants and refugees from spreading beyond Afghanistan’s borders.

Beijing has existing contracts to tap Afghan mineral deposits. In the mid-2000s, investors led by state-owned Metallurgical Corp. of China Ltd. won a bid valued at almost $3 billion to mine copper at the Mes Aynak mines, near the capital Kabul, although little progress has been made in the intervening years.

China and the Taliban both seek “friendly relations and we believe that that will open a conducive environment for Chinese companies” to invest in the country, Alokozay said.