Greed is firmly back in China’s stock market.

Leverage in the nation’s equities is the highest since the wake of 2015’s epic bubble, turnover is surging, while the CSI 300 Index has jumped nearly 7 per cent this week to hit a five-year high. All of China’s major stock benchmarks, from indexes tracking Shanghai’s giant state-owned firms to those that follow start ups in Shenzhen, are technically overbought.

The enthusiasm from retail investors is also evident in China’s convertible bond market, where deals are seven times more competitive than last year. One note was so popular it was 170,600 times oversubscribed, the most since at least 2007.

History shows such momentum-fueled rallies in China tend to accelerate as the fear of missing out grows, posing challenges for officials as they seek to limit speculation -- especially when there’s plenty of liquidity looking for returns within the nation’s capital-controlled borders.

Efforts by regulators to boost the attractiveness of stocks has helped drive the rally, along with the gradual economic recovery from a crushing contraction in the first quarter.

The following charts illustrate how heated the equity rally is getting:

The CSI 300 gauge of stocks listed in Shanghai and Shenzhen is now up almost 8 per cent this year, making it one of the world’s top performers. 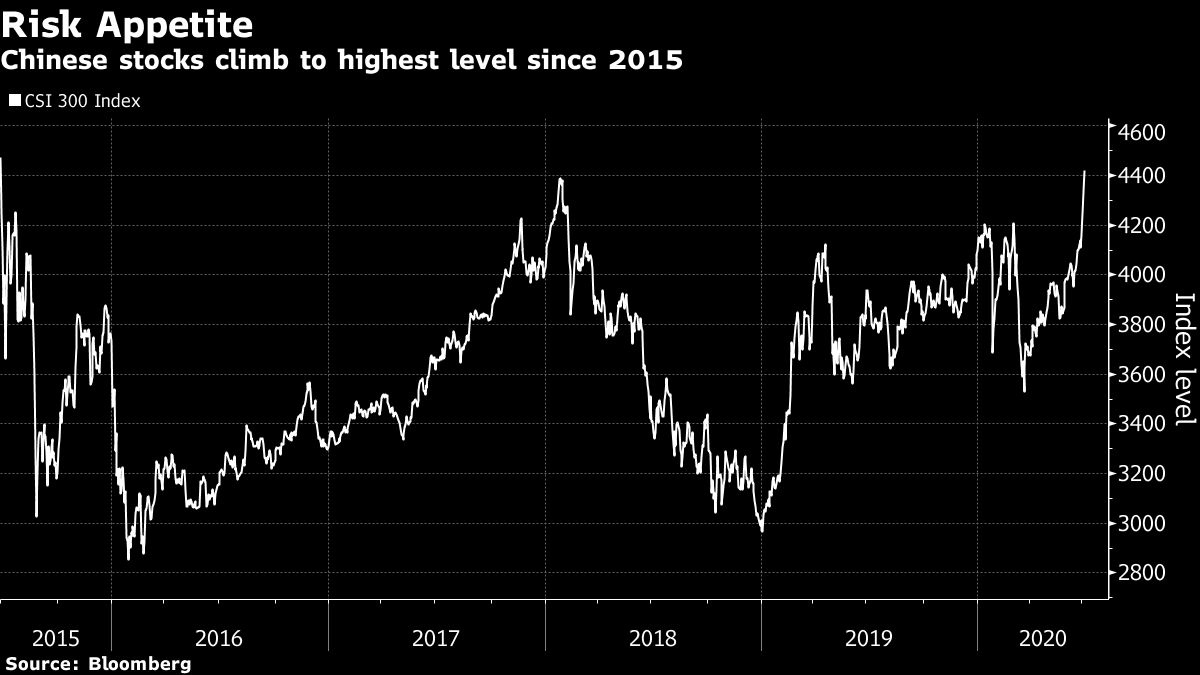 The outstanding margin debt in China’s stock exchanges has risen to 1.16 trillion yuan (US$164 billion), the highest since January 2016. 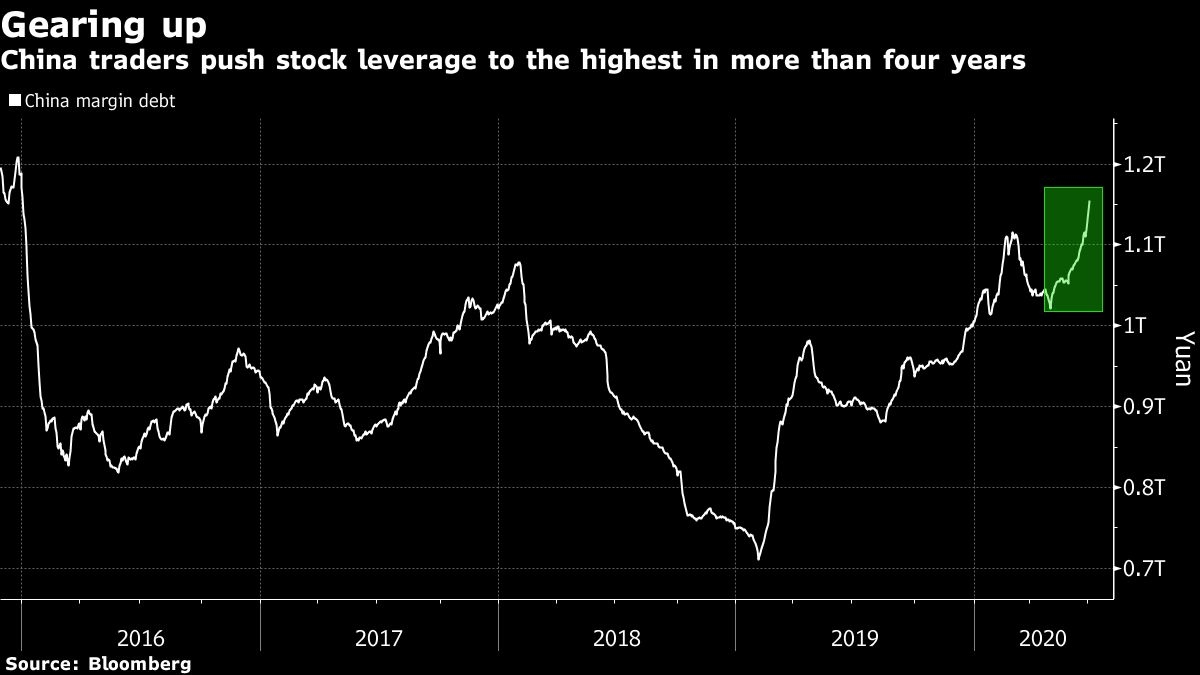 Turnover has jumped above 1 trillion yuan, suggesting the rally has broad support. 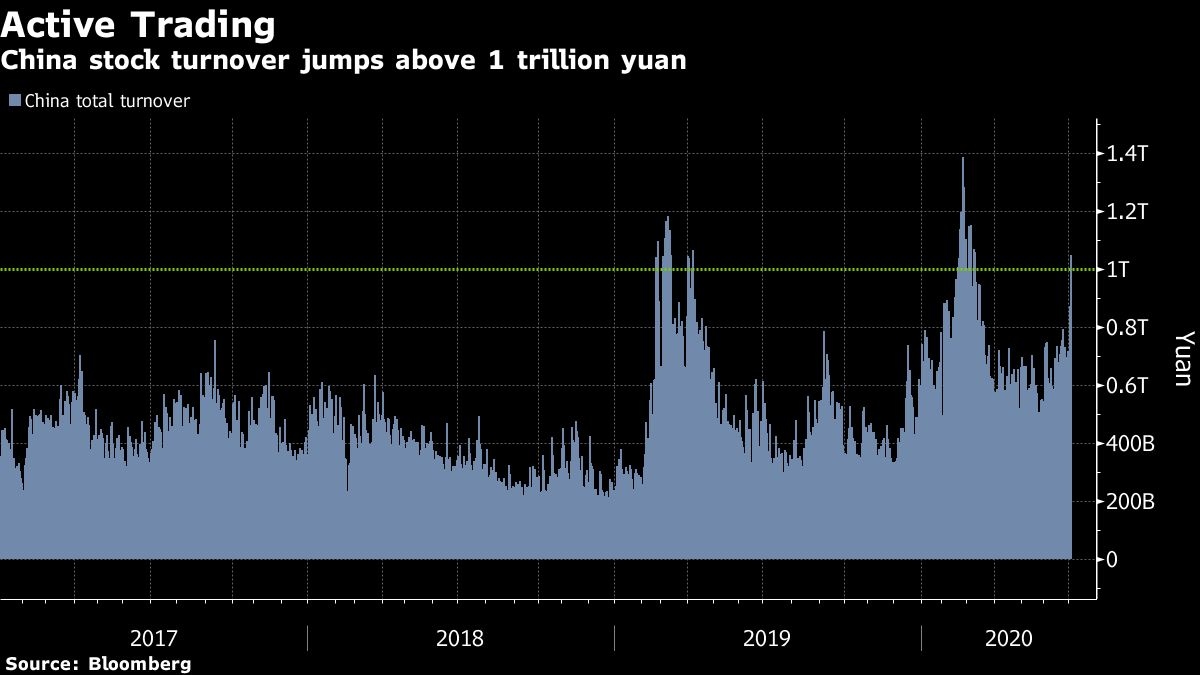 The US$1.65 trillion rebound since March has pushed the value of China’s stock market -- the world’s second largest -- to US$8.4 trillion. 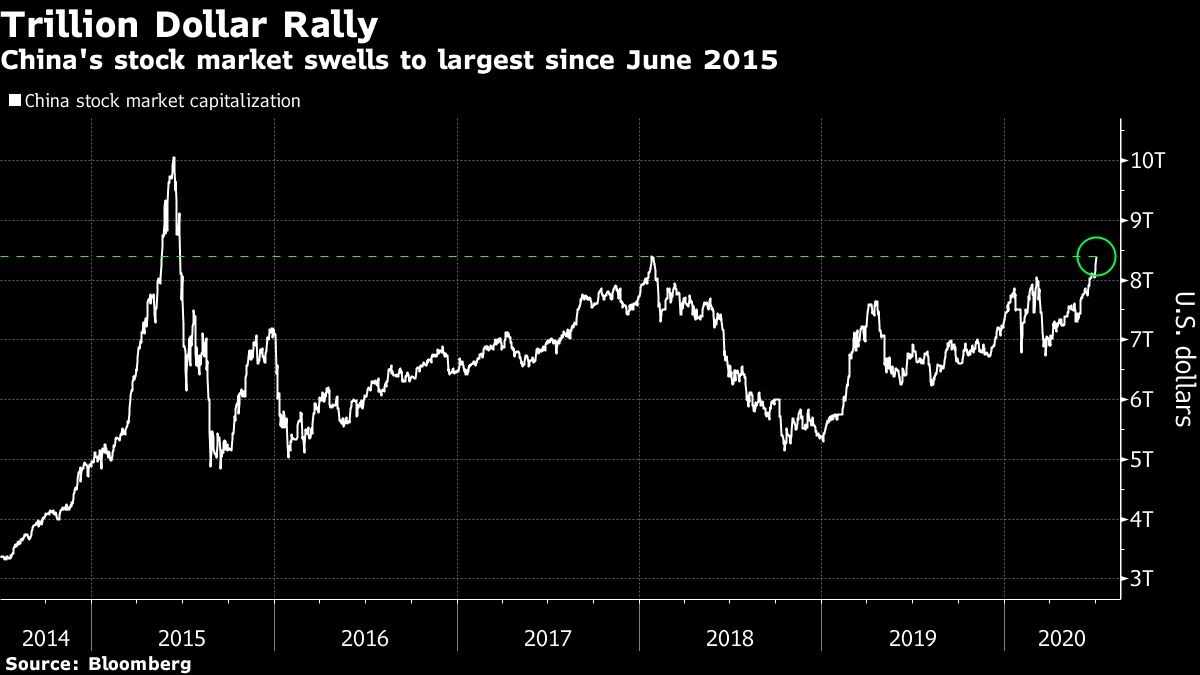 Five of the country’s major stock benchmarks are now firmly in overbought territory. The relative-strength index is especially high in Shenzhen, whose stock exchange is heavily tilted toward technology firms. 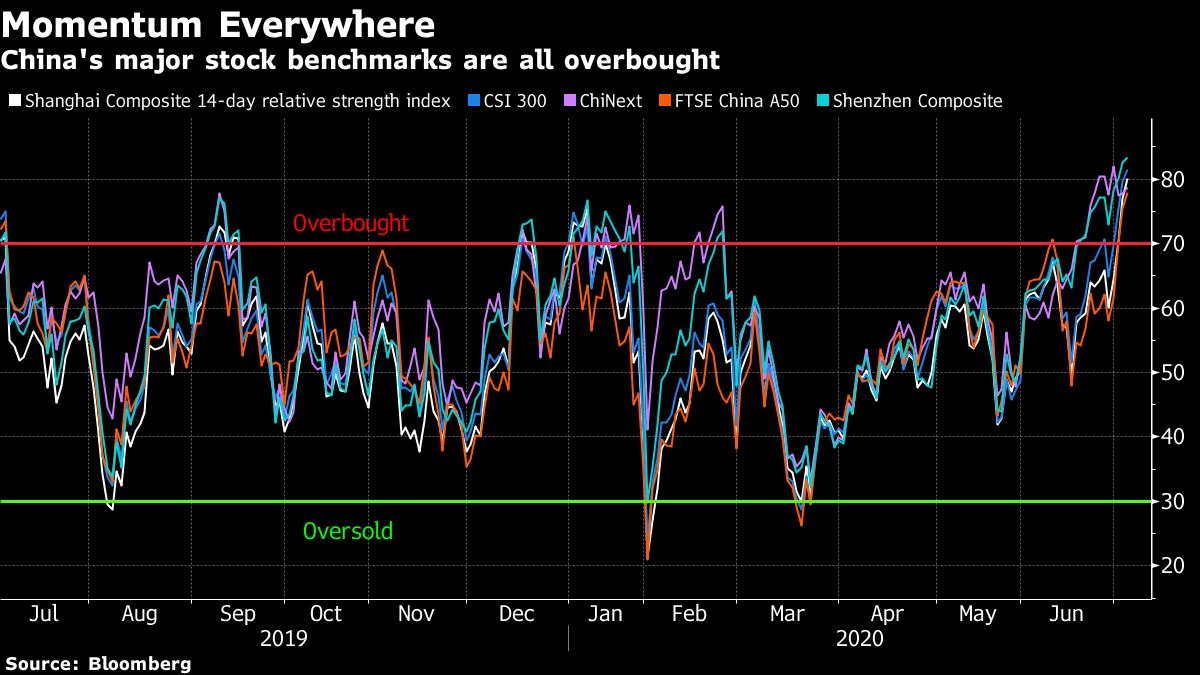