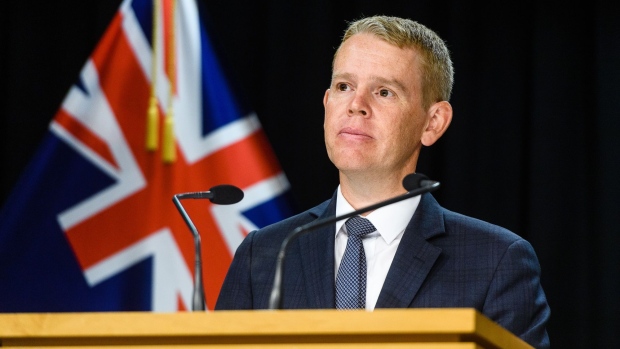 Chris Hipkins, New Zealand's incoming prime minister, during a news conference at the executive wing of the Parliamentary complex, commonly referred to as the "Beehive," in Wellington, New Zealand, on Sunday, Jan. 22, 2023. New Zealand’s ruling Labour Party confirmed that Chris Hipkins will replace Jacinda Ardern as its leader and therefore become the nation’s next prime minister. , Bloomberg

Hipkins was appointed to the role Wednesday in Wellington by Governor-General Cindy Kiro, who earlier accepted Ardern’s formal resignation. Carmel Sepuloni was sworn in as deputy prime minister.

The ruling Labour Party has completed its leadership transition less than a week after Ardern’s shock announcement that she was stepping down. Hipkins must now rebuild support for the party, which has lagged the opposition in opinion polls, ahead of an election in October.

He will chair his first cabinet meeting later Wednesday.