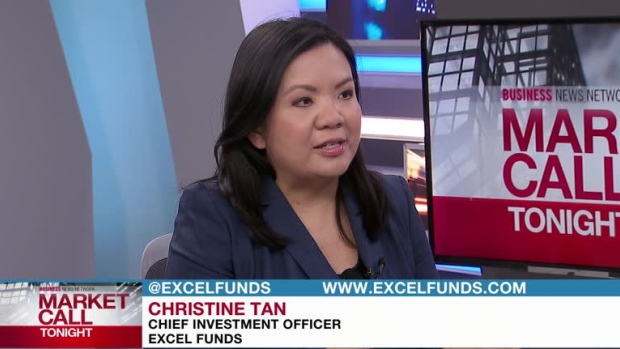 MARKET OUTLOOK
In many aspects, 2017 will be almost a reversal or mirror image of the “new normal” we had experienced in the last several years post-2008. With monetary policy at its limits for major developed economies like the U.S. and Europe, there will now be a shift to fiscal spending and in the U.S., a normalization of monetary policy. The U.S. electorate voted in a highly controversial POTUS in large part based on his promise of higher infrastructure investment and tax cuts. Reflation will replace deflation or “Japanification” as the word du jour. Populism has, and will likely continue to, drive political changes during elections, reversing decades of globalization and reducing the high level of policy (especially monetary) coordination among developed countries that we had seen post-2008. For now, fears of “secular stagnation” give way to hopes for a cyclical recovery, particularly in business capital spending. In the most recent few months, public companies are being rewarded by investors for actual or planned capital spending and investment, rather than being rewarded for returning capital by way of dividends and buybacks. Negative-yielding bonds have finally been recognized by investors as an irrational investment, leading to a sharp sell-off in bonds during the last quarter of 2016.

REFLATION WILL BE CAPPED … BUT STEEPER YIELD CURVES HERE TO STAY
A sharp rally in commodity prices from multi-year lows have increased real-time inflation measures, producer price indexes (PPI) and future inflation expectations as reflected in steeper bond yield curves globally. A deeper look under the hood of data such as recent China PPI data shows the majority of the upward pressure has come from higher commodity prices. Until we see sustained wage growth in the global economy, we believe that the broader deflationary impetus of an aging population in the largest economies will cap inflation. However, after years of flattening yield curves, we do anticipate a normalization to a steeper curve.

FISCAL POLICY TAKES CENTRE STAGE IN 2017
After eight years of quantitative easing (i.e. money printing) and interest rate cuts ultimately ending in more than US$10 trillion of developed country government bonds with negative yields in mid-2016 but with limited impact on stimulating economic activity, the baton is passed to stimulatory fiscal policy. Despite the optimism, we are cautious because the implementation of infrastructure programs often takes longer than anticipated. However, we welcome the shift away from unorthodox monetary policies that clearly had reached its limits in effectiveness, other than impacting asset prices.

POPULISM POLITICS REVERSES GLOBALIZATION AND POLICY COORDINATION AMONG MAJOR DEVELOPED NATIONS
A lackluster global economic recovery and still-elevated unemployment or underemployment post-2008 has given rise to a populist movement, resulting in significant political shifts in recent elections. The two key election shifts in 2016 were the “yes” Brexit referendum and Trump winning the U.S. presidential election. In 2017, we will be watching the French and German elections very closely given the important implications for the sustainability of the Eurozone.

We highlighted monetary policy divergence in our 2016 outlook. We expect continued monetary policy divergence in 2017, although fiscal policy will be the focus this year. The U.S. Federal Reserve is expected to potentially hike interest rates three times this year. Conversely, the ECB maintained its low interest rates and extended its asset purchases from March 2017 to December 2017 but reduced the size of the program to €60 billion beginning in March. We expect the various EM central banks will be taking different monetary paths this year as they attempt to finely balance the impact of multiple factors such as a stronger U.S. dollar, stronger commodity prices and higher inflation on domestic growth.

COMMODITY PRICES STABILIZING AT THE “SWEET SPOT” FOR PRODUCERS AND BUYERS
After a sharp and painful 18-month sell-off in commodity prices to a multi-year low, we have seen a strong rally off February 2016 lows as global cyclical indicators showed slight improvement. Commodity prices have also benefited from supply curtailment, including steel capacity reduction in China and the agreement by the Organization of the Petroleum Exporting Countries (OPEC) to cut production by 1.2 mm boe/day. Non-OPEC producers such as Russia also agreed to trim oil production. This agreement comes after multi-year low oil prices severely hit government revenues and depleted foreign exchange reserves. We expect that commodity prices have found an equilibrium level. Our view is that oil will be range-bound between US$50-60 because U.S. shale producers will start drilling to increase production, thus capping further appreciation. Within this range, oil-exporting countries such as Saudi Arabia, Russia and Colombia will benefit from higher revenues while oil-importing countries like India will still enjoy oil prices significantly lower than 2014 levels.

EMERGING MARKET VALUE AND CYCLICALS EXPECTED TO CONTINUE OUTPERFORMING
After several years of underperformance as investors focused on defensive growth businesses, value and cyclical businesses outperformed in 2016 on expectations that we are beginning to see cyclical economic activity. We had been focused on investing in secular visible growth businesses, which are now trading at a premium multiple relative to cyclical businesses. Hence, we have reduced our growth holdings and repositioned in energy, materials and cyclical industrials. We anticipate value and cyclicals to outperform growth again in 2017.

DOMESTIC GROWTH AND PRO-GROWTH REFORMS MORE IMPORTANT THAN EVER
We expect 2017 global economic growth to improve incrementally over 2016 with contributions from a better U.S. outlook and cyclical recoveries in countries like Argentina, Russia, Peru and Brazil. However, with the current strong populist impetus in major developed economies, countries will have to rely more on domestic growth drivers and implement pro-growth policies or reforms. Hence, we are overweight India for its strong domestic consumption and Brazil on expectations of an economic rebound. We have also been adding to Russia, Peru and Colombia as beneficiaries of better commodity prices. Peru and Colombia are also undergoing positive political changes. New Argentinian President Mauricio Macri’s sweeping economic reforms have already triggered a rerating in the country’s bonds and currency, with a positive impact on lowering inflation. We believe that after years of crisis, Argentina is in the early stages of economic recovery, and hence have initiated a position in Argentina.

We expect 2017 to be a positive year for investors based on our expectations of an improved global economic growth outlook and gradual normalization of global monetary policy. Within this context, we believe investors should keep a long-term perspective and remain diversified with an allocation to the attractive yields of EM fixed income and undervalued EM equities.

SBERBANK (SBRCY.PK)
First of all, we are optimistic on Russia’s economic outlook for 2017. Sberbank is the largest bank in Russia with approximately 40 per cent share of the retail loan market. This is a very well-managed retail bank. 2015 was an extremely challenging year for the Russian economy as oil prices and the Russian ruble collapsed, Russian inflation spiked from six per cent to 17 per cent (worse than the 15 per cent experienced in 2009).  Bond yields and spreads increased significantly, impacting the bank’s cost of capital and loan demand. Even in this difficult environment, Sberbank managed to achieve marginally positive earnings and a one-per-cent return on equity (ROE) despite higher loan loss ratios. Since hitting the lowest price in 10 years in February 2016, Brent oil prices have recovered. Correspondingly, the Russian currency has rallied significantly, inflation levels have declined and bond yield spreads have tightened. Sberbank has been and will continue to benefit from the decline in cost of capital, expanding net interest margins, declining loan loss ratios and improving, albeit slow, loan growth. Management has also indicated they will be reducing headcount (employee cost is ~60 per cent of their expense base) to improve the cost-to-income ratio (CIR). All of these factors will contribute to Sberbank returning to historical ROE levels in the mid-teens over the next two years.

Currently valued at just over book value and ~6x forward earnings with a four per cent dividend yield, we like Sberbank as a core holding that will benefit from the improving Russian economy.

GODREJ CONSUMER PRODUCTS (GODREJCP)
Headquartered in Mumbai, Godrej Consumer Products (GCP) is the largest domestic consumer goods companies with three main businesses: home care, personal care and hair care. Over the last several years, GCP completed several strategic acquisitions to expand their footprint into South Africa, Indonesia and Latin America. Today, just over 50 per cent of GCP’s revenues are from the domestic business. The remainder comes from its international footprint. In terms of profitability, however, India contributes the highest EBIT margin at ~24 per cent followed by Indonesia (20 per cent), Africa (14 per cent) and LatAm/others (11 per cent). Many of GCP’s brands are #1 in its category competing directly against global companies like Procter & Gamble, Colgate Palmolive and Unilever, as well as local peers such as Emami and Dabur. We like GCP’s focus on innovation and new product development (rather than price) as a strategy to gain market share.

As with all India consumer goods companies, GCP trades at a premium multiple. However, one of our highest conviction multi-year investment themes is the growth in domestic consumption in India. GCP is a best-in-class consumer products company that will benefit from that. We also expect a continuation of a cyclical recovery in Latin America this year. Although Latin America/others is only 20 per cent of revenues, a better-than-expected margin recovery would provide earnings upside.

ALIBABA GROUP HOLDING (BABA.N)
From its humble roots in 1999 as a business portal connecting Chinese manufacturers to global buyers, Alibaba has grown into the dominant e-commerce company in China and the largest retailer in the world with operations in more than 190 countries. Approximately 80 per cent of e-commerce transactions in China occurs on Alibaba’s platform. As a result of China’s large land mass yet high population density in the core primary, secondary and tertiary cities, consumers have embraced e-commerce not just for its convenience in cities but also access to a very wide range of goods in rural areas where retail bricks-and-mortar is limited.  As of the fourth quarter of 2016, online retail is already 18 per cent of total, up from 11 per cent at the start of 2015. We expect online retail market share to continue to grow strongly. With the recent pick-up in consumer confidence as the economic outlook improves, overall retail should also improve. As of December 2016, Alibaba’s mobile monthly active users (MAUs) increased 43 million in the quarter to a total of 493 million. On average, these active users spend 20 minutes on the platform per session, approximately twice Amazon’s 10 minutes. Alibaba has begun leveraging machine learning to personalize the advertisements and product recommendations, which has resulted in a higher click-through rate and higher user engagement. In addition to its strong core e-commerce business domestically as well as globally, Alibaba is developing its “New Retail Strategy," which allows shoppers to buy on Tmall and then pick up at the store. The company is also building a cloud computing business in China (AliCloud). While still a small contributor to revenues, management expects this revenue line to grow at triple digits in the next few years.

We expect overall Chinese economic growth to continue to moderate. This is necessary to ensure a balanced and sustainable growth rate for the world’s second-largest economy. Within that, we expect consumption to grow at a faster pace as wages improve and urbanization continues to expand. Alibaba is very well-positioned to benefit from that as the dominant online retailer. From a valuation perspective, Alibaba trades at a significant discount to the two other Chinese tech giants, Tencent and Baidu, despite higher earnings growth expectations.