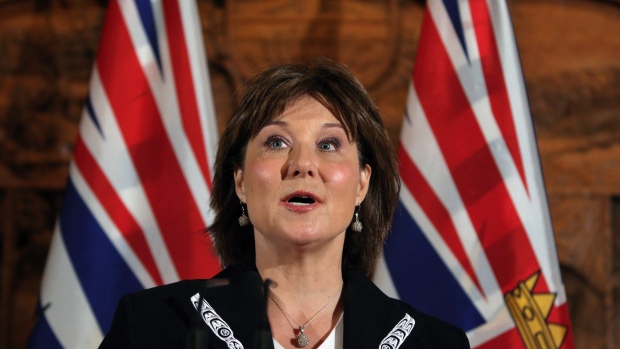 VANCOUVER -- Former British Columbia premier Christy Clark will resign as leader of the provincial Liberal party and give up her seat in Kelowna.

Clark made her intentions known in a brief statement on Friday.

She said she informed her caucus colleagues about her decision to leave as leader effective Aug. 4.

Clark said in the statement that she is proud of everything she has accomplished, including working to make B.C. the leader in Canada's economy and creating more than 200,000 jobs.

"I am certain that British Columbia's best days lie ahead," she said in the statement.

She also called the her government's protection of the Great Bear Rainforest "British Columbia's gift to the world."

Clark, 51, led a come-from-behind victory in 2013, sweeping her party to a surprise win over the New Democrats.

But she couldn't pull off a majority government in the election this May, winning just 43 of the 87 seats in the legislature for a minority government. The Liberals had been in power for 16 years.

The party lost a confidence vote in the legislature at the end of June.

Clark said that when she offered her resignation to Lt.-Gov. Judith Guichon she tried to convince Guichon to call an election. Instead, the lieutenant-governor asked New Democrat Leader John Horgan to form government. 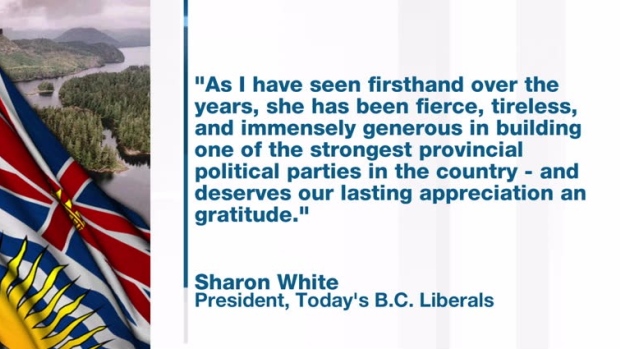 The New Democrats, with 41 seats, formed a minority government with the support of the Greens, who won three seats. Horgan and his cabinet were sworn in last week.

Former B.C. Liberal MLA Bill Bennett described Clark's resignation as a loss for both the party and the province, strongly dismissing any suggestion that the party forced her out.

"I'm shocked, and I think it's sad that B.C. doesn't get to have the benefit of Christy Clark for another few more years," he said, speaking by phone from Cranbrook.

"I'm not happy about the decision. I wish she had hung on, but I understand why she thinks it's better for the party to have fresh leadership."

Green party Leader Andrew Weaver issued a statement thanking Clark for her service, calling her a fierce advocate for the province both at home and abroad.

"A highlight of my time in the legislature was working directly with Christy Clark to implement sexualized violence policy legislation for B.C.'s post-secondary institutions," he said in a statement.

"Her leadership and willingness to work across party lines on this vital issue has made universities and colleges across this province safer for our students, and for this I am grateful."

Clark was first elected to the legislature in 1996 and became deputy premier and education minister after the Liberals' landslide victory in 2001. She left government in 2005 to spend more time with her family.

She won the B.C. Liberal leadership in 2011 and became the first woman in the province to lead a party to victory two years later.

Clark faced the prospect of sitting on the Opposition benches, but she had baggage from her time as education minister when she was at loggerheads with the B.C. Teachers' Federation.

The Liberal government stripped class-size limits from teachers' contracts in 2002 when Clark was the education minister, leading to a lengthy legal battle that ended with a Supreme Court of Canada victory for teachers in November 2016.

NDP Premier John Horgan's first speech as premier last week had him highlighting education as a top priority for a party.