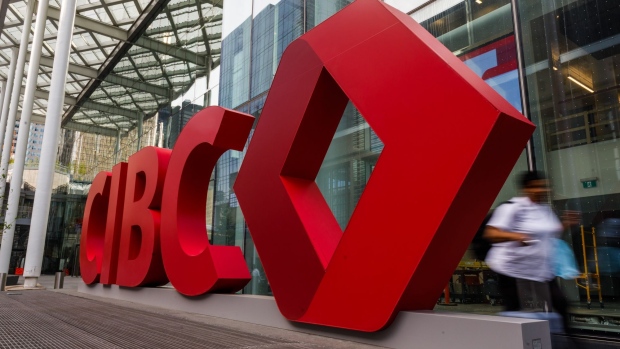 (Bloomberg) -- Canadian Imperial Bank of Commerce is bulking up its energy, infrastructure and transition investment-banking team with four external hires, including a former Obama administration official and a banker from BNP Paribas SA.

David Yeh, who has worked as a climate investor and helped lead a $76 billion loan program as a senior adviser in the Department of Energy under President Barack Obama, joined the bank earlier this year as a managing director in a new San Francisco office, according to a memo Thursday from David Williams and Michael Freeborn, co-heads of the Toronto-based bank’s transition group.

Neil Davids, from BNP Paribas, and David Janashvilli, from Canaccord Genuity Group Inc., also are joining as managing directors, while Rutuja Jagtap, from Mizuho Securities, is joining as executive director, according to the memo. All three will be located in New York.

The hires expand a group that was formed in 2021, when CIBC combined its global infrastructure, power and energy investment-banking teams. The idea was that the transition away from carbon-based energy would require a broader range of expertise and services than the teams could provide on their own. That customer demand has played out as expected, said Roman Dubczak, CIBC’s head of global investment banking.

“The last year in particular has been very, very busy for us, both in terms of renewable-energy transactions -- both M&A and financing -- but also deals in energy storage, renewable fuels, and carbon capture,” Dubczak said in an interview. “So the thesis has proven itself out. We’re very busy in the sector, and we need more people to do that.”

Davids has spent more than 20 years advising power and renewables clients, most recently as co-head of energy and renewables investment banking in the US for BNP Paribas. He previously worked for JPMorgan Chase & Co.

Janashvilli was a managing director in sustainability investment banking at Canaccord and has previously worked for Moelis & Co. and Credit Suisse Group AG, according to his LinkedIn profile. Jagtap led the merger and acquisition practice in renewables and energy transition at Mizuho, and previously worked at Lazard Ltd.