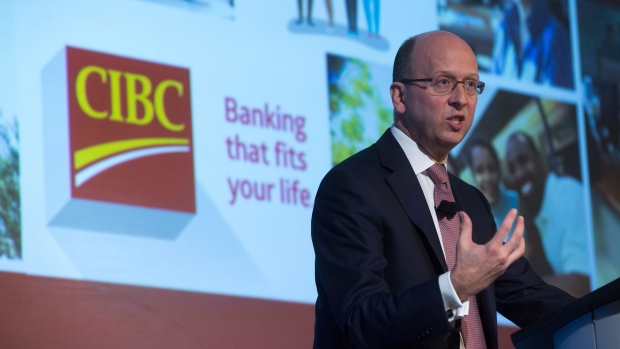 CIBC President and CEO Victor Dodig speaks during the company's annual and special meeting of shareholders in Vancouver, B.C., on Tuesday April 5, 2016. , The Canadian Press/Darryl Dyck

In a regulatory filing ahead of the bank's annual meeting, CIBC says Victor Dodig's total compensation for 2019 was $9 million, down from $10 million in 2018.