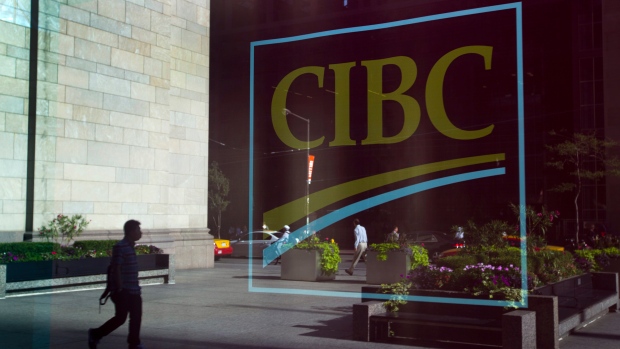 A pedestrian passes in front of Canadian Imperial Bank of Commerce (CIBC) signage displayed outside of the company's office near Bay Street in Toronto, Ontario, Canada, on Monday, Aug. 29, 2011. , Brent Lewin/Bloomberg

Canadian Imperial Bank of Commerce has agreed to sell a majority stake in CIBC FirstCaribbean to GNB Financial Group Ltd. for US$797 million.

GNB is buying 66.7 per cent of FirstCaribbean shares from CIBC, valuing the company at about US$1.2 billion, Toronto-based CIBC said Friday in a statement. CIBC will have a 24.9-per-cent stake in the Barbados-based bank after the sale.

The sale is expected to result in an after-tax loss of approximately $135 million that will be recognized in the fourth quarter of 2019, CIBC said.

“FirstCaribbean is a well-performing business and we believe this transaction will support its long-term growth prospects while creating value for its stakeholders as well as those of CIBC,” Shawn Beber, senior executive vice president, general counsel and corporate development at CIBC said Friday in a statement. “As an investor in FirstCaribbean, we intend to work closely with GNB Financial Group to support continued growth for the business.”

GNB is wholly owned by Starmites Corporation S.ar.L, the financial holding company of the Gilinski Group, which has banking operations in Colombia, Peru, Paraguay, Panama, and Cayman Islands with approximately US$15 billion in combined assets.