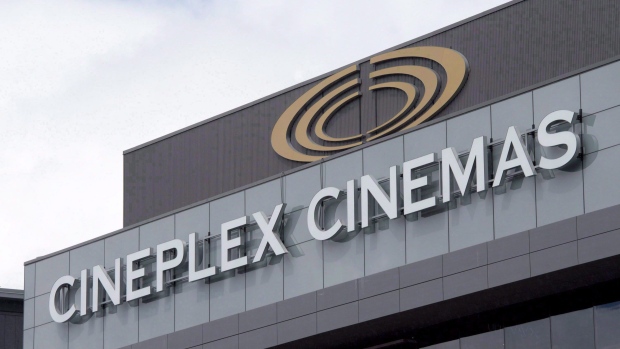 The Toronto-based company said about 99.9 per cent of its shares were voted in favour of the transaction while 99.6 per cent of Cineworld Group shareholders also provided the necessary approval.

Cineplex says it intends to apply for a final order from the Ontario Superior Court of Justice to approve the transaction next Tuesday. The transaction is expected to be completed in the first half of 2020.

The entertainment brands revealed in mid-December that they had signed a deal where Cineworld agreed to assume Cineplex's debt and pay $34 per share in cash, amounting to a 42 per cent premium on the Toronto-based chain's closing price at the time of the announcement.

The deal had a go-shop period, allowing Cineplex to entertain other offers. Cineplex said in early February that 52 potential buyers had been contacted and three of them entered into confidentiality agreements to learn more about potentially buying the business, but the company had not received a superior bid during the period.