Brian Hannasch, who runs the Circle K chain of gas stations and convenience stores, is a man obsessed with food. Not eating it, but selling it.

Circle K parent Alimentation Couche-Tard Inc. gets about half of its gross profit from fuel, hardly an ideal situation as the auto industry shifts toward electric vehicles. That has Hannasch, who’s been chief executive officer since 2014, thinking about how to kickstart the company’s fresh food business, which represents just 11 per cent of sales in its 9,000 North American stores.

Couche-Tard has been looking for a major acquisition -- it came close to buying a French grocery chain last year -- but hasn’t done a major deal in years. So in the meantime, it’s expanding a marketing push in thousands of Circle K outlets, using food trucks and other forms of advertising to spur consumers to try a lineup of hot sandwiches, pizza, chicken and other meals. 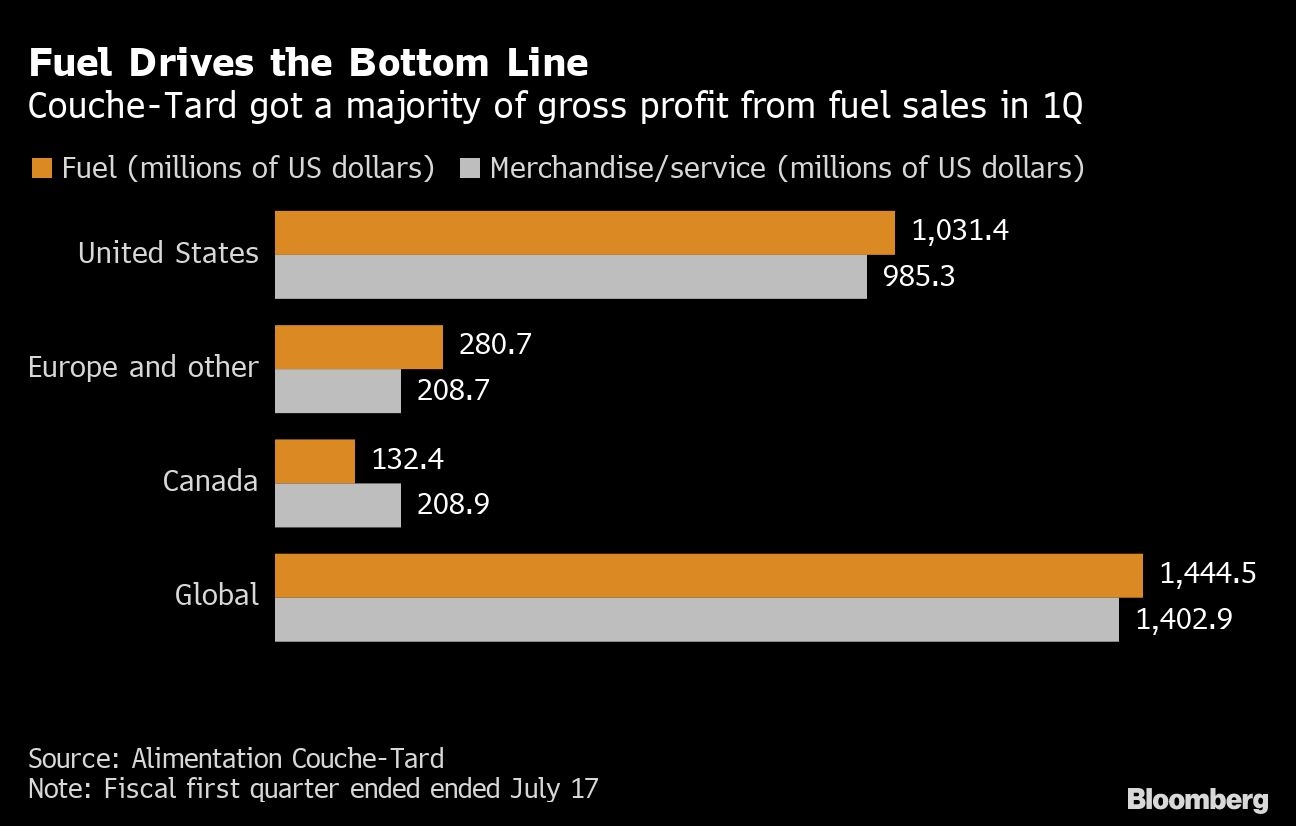 “As Covid has backed off in most of our geographies, you will see a lot more sampling and marketing around food,” Hannasch said in an interview. “We have a lot more options than what Couche-Tard and Circle K of the past had for customers.”

The longer-term goal is to increase fresh and prepared food to 20 per cent to 25 per cent of North American sales, in line with what the company does in its much-smaller European division, Chief Financial Officer Claude Tessier said in an interview.

“The quality of the food in stores that I visited in Europe was a little bit more complex and sophisticated than what I could see here in North America,” Stifel GMP analyst Martin Landry said. The company has been looking for ways to improve its food offering in North America for a long time, he added.

Hannasch’s plan is to have universal production facilities in stores that allow for regional tastes. Food is brought to stores by suppliers and is then prepared and made ready-to-eat by employees, a model that’s more efficient that running full kitchens on-site.

The concept comes from Holiday Stationstores, a Minnesota-based chain that Couche-Tard bought in 2017, Landry said. Holiday stores generate about US$500 a day in fresh-food revenue, more than double what Couche-Tard sees in its other North American stores, according to a company presentation last year.

To free up in-store staff for food-related tasks, Alimentation Couche-Tard is rolling out 10,000 smart checkouts in 7,000 locations.

Couche-Tard is making other investments in the food business. In July, it joined Kroger Co. and Burger King parent Restaurant Brands International Inc. in a US$100 million funding round for Kitchen United Inc. The US firm operates so-called “ghost kitchens,” food production hubs that allow restaurants to streamline takeout orders.

Hannasch said the company is “intrigued” by the business model and said it’s possible Circle K could eventually use Kitchen United as a distribution point for food and grocery items. “We can provide snacks, chips, drinks, our food sandwich out in that same ecosystem or in conjunction with a Chick-Fil-A order or others,” he said.

Diana Rosero-Pena, a research analyst with Bloomberg Intelligence, notes that food is “the most profitable side of the store.” In the next two years, Couche-Tard’s gross margin in fresh food should grow from 37 per cent to 41 per cent, she said.

A greater emphasis on portions of the store that generate better traffic and profitability could let Couche-Tard register comparable-store sales growth of 2-4 per cent, we calculate, and contribute to Ebitda expansion in the next three years. The operator is expanding its fresh- and prepared-food selections throughout the store network, and if it can manage logistics costs and control spoilage, this might be a significant traffic driver at a higher margin.