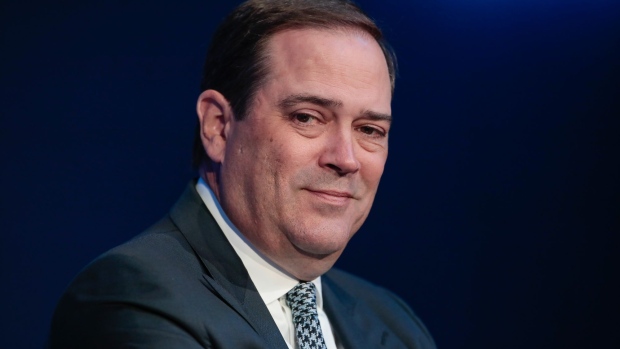 (Bloomberg) -- As President Joe Biden devises a new strategy for dealing with China, a top technology CEO is recommending dialing down the tension.

“For the global economy and, frankly, for the world, I think it’s important for us to come to some common ground,” he said in an interview with Carol Massar for Bloomberg’s The Year Ahead conference. “I’m hopeful that the administration will continue to take that approach.”

The U.S. relationship with China has remained fraught during Biden’s first year in office, with the administration declaring a diplomatic boycott in December of the upcoming Beijing Olympics. Biden also hasn’t lifted tariffs imposed on China by his predecessor, Donald Trump, and said Wednesday that it’s unclear when that might happen.

Biden has vowed to unveil a new China strategy, but it’s been delayed. Meanwhile, the administration has criticized Chinese leaders for abuses in Hong Kong and the treatment of ethnic Muslims in the Xinjiang region. Biden also is considering tougher sanctions on China’s largest chipmaker, people familiar with the situation said last month.

Still, the two countries remain key trade partners. China posted a record trade surplus with the U.S. in 2021, due in part to Americans’ pandemic-fueled demand for Chinese goods.