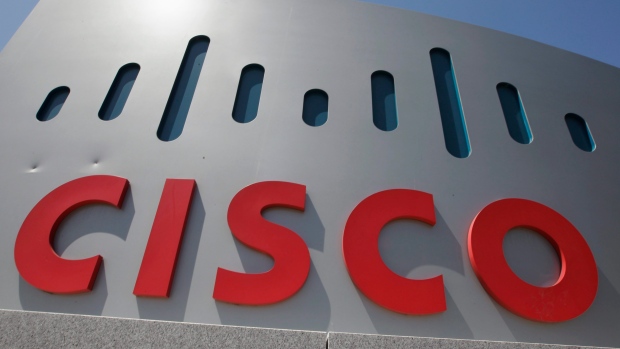 Cisco Systems Inc. gave an upbeat forecast for the current period, suggesting corporations and other large organizations are beginning to resume spending on networking gear as the economy slowly recovers from a pandemic plunge earlier this year.

Shares of the company jumped more than 8 per cent in extended trading, after closing at US$38.67 in New York.

Revenue in the quarter ending in January will be flat to down 2 per cent from a year earlier, the San Jose, California-based company said Thursday in a statement. Analysts on average had projected a decline of 3 per cent. Profit, excluding certain items, will be 74 cents to 76 cents a share. Wall Street was looking for 74 cents, according to data compiled by Bloomberg.

“Cisco is off to a solid start in fiscal 2021 and we are encouraged by the signs of improvement in our business as we continue to navigate the pandemic and other macro uncertainties,” Chuck Robbins, chief executive officer of Cisco, said in the statement.

A large portion of Cisco’s revenue comes from purchases of expensive network hardware by government agencies, corporations and video and phone service providers. That makes its results an early indicator of business confidence. Robbins is trying to get more sales from software and subscriptions.