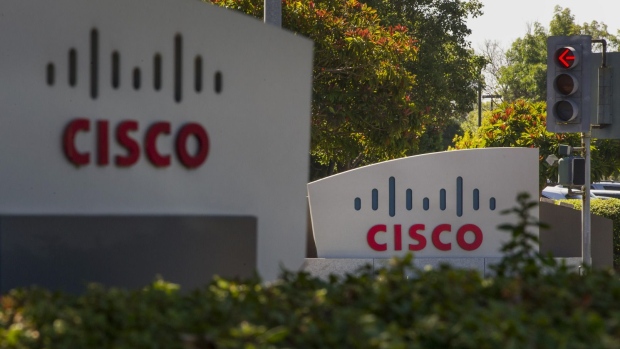 Revenue in the fourth quarter, which ends in July, will fall 8.5 per cent to 11.5 per cent from a year earlier, the San Jose, California-based company said Wednesday in a statement. At the mid point. that indicates revenue of about US$12 billion. Analysts on average expected revenue of US$11.8 billion.

Adjusted profit will be 72 cents US to 74 cents US a share, the company also said. Analysts had projected 69 cents US, according to data compiled by Bloomberg.

Cisco shares rose more than two per cent in extended trading, after closing at US$41.95 in New York earlier.