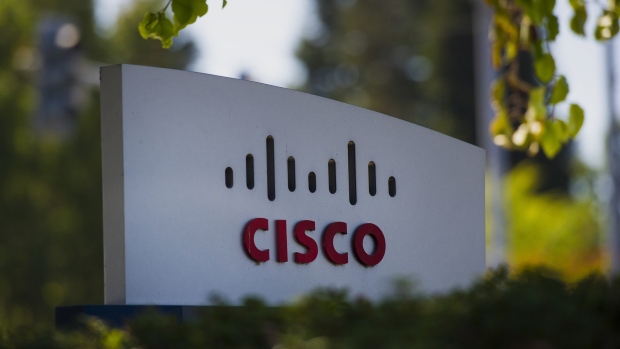 Chief Executive Officer Chuck Robbins pledged to reduce expenses by US$1 billion through a reorganization that will include job cuts and early retirement for some workers. The plan will cost about US$900 million, which will include severance and other “termination benefits,” the company said in a regulatory filing. Chief Financial Officer Kelly Kramer is also leaving.

Revenue will fall 9 per cent to 11 per cent from a year earlier in the fiscal first quarter, which ends in late October, the San Jose, California-based company said Wednesday in a statement. Analysts on average had projected a decline of about 7 per cent. Adjusted profit will be 69 cents to 71 cents a share, lower than Wall Street expectations of 76 cents, according to data compiled by Bloomberg.

Cisco shares fell 11 per cent to US$42.88 in trading Thursday in New York.

Analysts were broadly disappointed by the news, with Cowen writing that the results and outlook “were at best uninspiring and at worst raise some concern.” However, the longer-term view was more positive. Multiple firms cited Cisco’s dividend and valuation as factors that would limit much additional downside risk, and the narrative in 2021 “could get materially better,” according to Evercore ISI.

A large chunk of Cisco’s revenue comes from government agencies, small and medium-sized businesses and providers of internet and online video services. While some larger companies are still spending, many smaller customers have cut spending to adjust to an economic slowdown sparked by COVID-19 lockdowns.

In Cisco’s Americas region, where sales dropped 12 per cent, demand hasn’t improved in the last 90 days and the U.S. needs Congress to provide another stimulus package, Robbins said in an interview.

“As you move down the customer stack, things just get weaker and weaker as the customers get smaller and smaller because they just don’t have the financial wherewithal,” he said. “This country is still driven by small and medium-sized business for hiring and everything else. I’m concerned about what happens next.”

Robbins said that optimism about a rebound in tech company earnings has been stoked by consumer demand in certain areas. But major investments in corporate infrastructure will require more evidence of an improving economy, he cautioned. 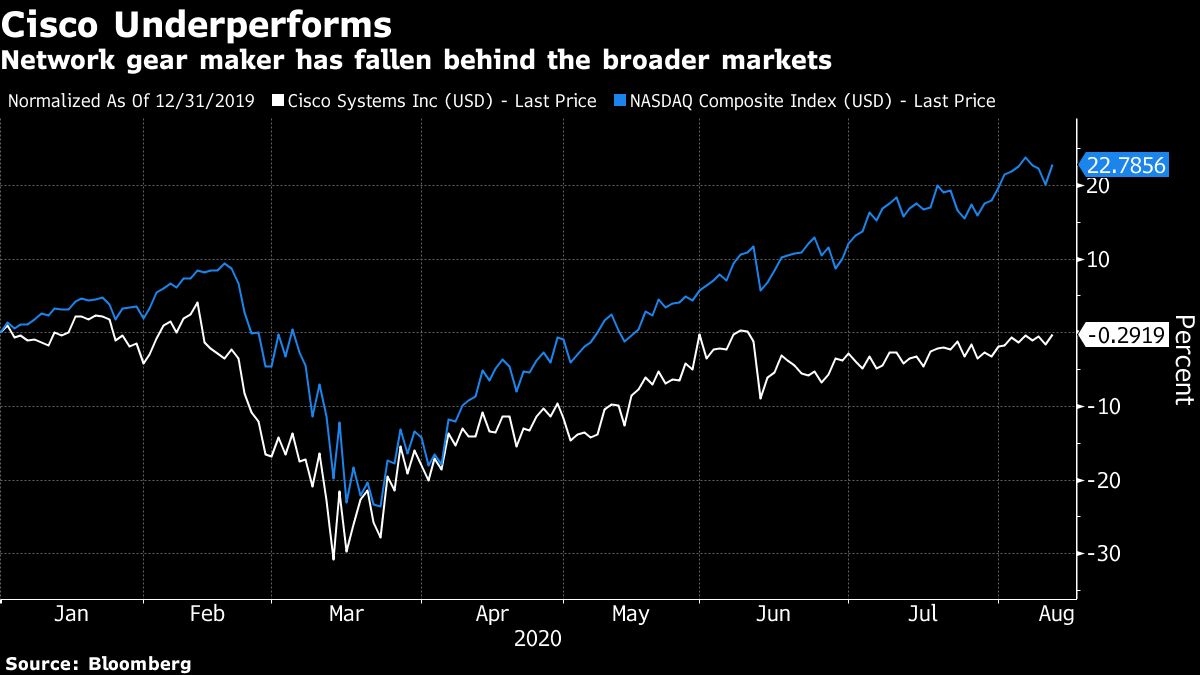 Robbins is trying to reduce Cisco’s reliance on expensive proprietary hardware and increase sales of software and services. After returning to growth in 2018, revenue has started to decline again this year, showing how Cisco’s business is still exposed to economic cycles.

Cisco said net income in the fiscal fourth-quarter rose to US$2.6 billion, or 62 cents a share, from US$2.2 billion, or 51 cents, a year earlier. Revenue fell to US$12.2 billion. Excluding certain items, Cisco posted profit of 80 cents a share. Analysts were looking for profit of 74 cents on revenue of US$12.1 billion.

Infrastructure platforms, its hardware business and main source of revenue, suffered a 16 per cent sales drop to US$6.6 billion. Applications, the software business, saw revenue fall 9 per cent, while security-related sales increased 10 per cent.