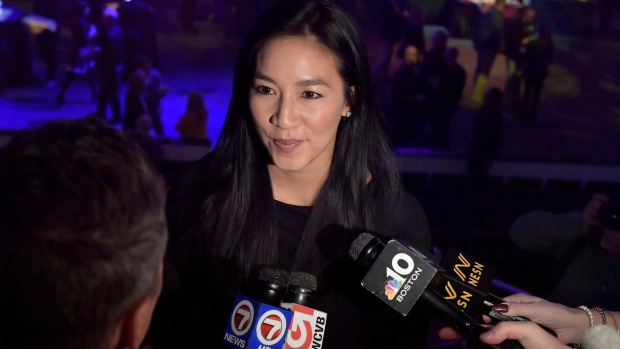 (Bloomberg) -- Executives from Citadel Securities LLC and KKR & Co. are throwing their weight behind a new group that aims to combat anti-Asian hate after a surge in violent attacks.

KKR Co-President Joe Bae and Citadel Securities Chief Executive Officer Peng Zhao are among the finance leaders who helped the Asian American Foundation, or TAAF, raise $125 million to fund community groups over the next five years. That’s the biggest philanthropic amount ever raised by Asian Americans to support their communities, the group said. It’s also backing a May 21 show on MTV that will feature athletes including Naomi Osaka, Jeremy Lin and Michelle Kwan alongside entertainers and other public figures from the Asian American Pacific Islander community.

“Real, enduring change requires intentional work to shift perceptions and dispel harmful stereotypes,” Bae said in an emailed statement. “We must supplement our grant-making and programmatic work with a public show of solidarity.”

The deadly March shooting in Atlanta that killed eight people -- six of them Asian women -- and other attacks have put the spotlight on anti-Asian violence flaring across the U.S. Since the pandemic began, 6,603 hate incidents have been reported to the tracking initiative Stop AAPI Hate. Many U.S. business leaders have condemned racism after the incidents, and figures from the financial industry have been increasingly galvanized to speak out.

It’s important for prominent people, including business leaders and officials, to set an example for future leaders, Kwan, an Olympic figure skater, said in an interview. “When we’re represented, then we have a voice at the table,” she said.

TAAF seeks to unify fragmented community groups and “supercharge” their efforts, according to Sheila Lirio Marcelo, one of the foundation’s board members and founder of Care.com. Among them are Asian Americans Advancing Justice, a civil rights group; the National Asian Pacific American Women’s Forum, an advocacy group; and The Asian American Education Project, which has developed a school curriculum about the history of Asian Americans in the U.S.

“My American story has been one of opportunity and learning, and the ability to succeed at the things I’m passionate about,” Citadel Securities’ Zhao said in emailed statement. “By celebrating the contributions of the Asian American community and uniting to address the challenges we face, we’ll take an important step forward in fulfilling the American promise.”