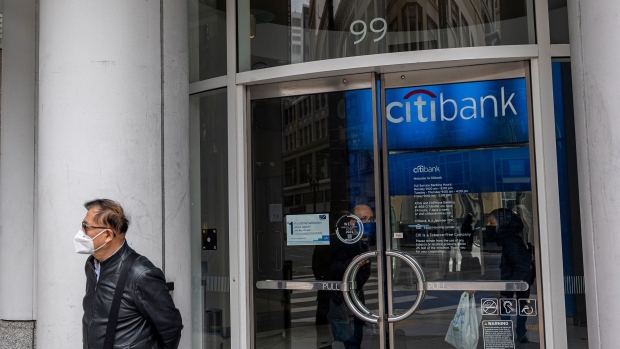 The entrance to a Citibank bank branch in San Francisco, California, U.S., on Monday, July 12, 2021. Citigroup Inc. is expected to release earnings figures on July 14. , Bloomberg

Jadav will join as head of services in North America for Citigroup’s health-care group inside its banking, capital-markets and advisory division, according to a memo to staff. He will be based in New York and join the firm early next year after spending nearly two decades at Bank of America.

Citigroup is seeking to become a Top 3 player in investment banking, and has hired hundreds of bankers for its corporate- and investment-banking arms as part of that effort. Earlier this year, the New York-based firm added Goldman Sachs Group Inc.’s Chuck Adams to oversee a new global health-care, consumer and wellness group.

“Health care, consumer and wellness is one of the fastest-growing franchises,” John Chirico and Kevin Cox, who lead Citigroup’s banking, capital markets and advisory unit in North America, said in the memo. “The services sector, in particular, represents a substantial opportunity for growth and for us to close our competitive gap.”