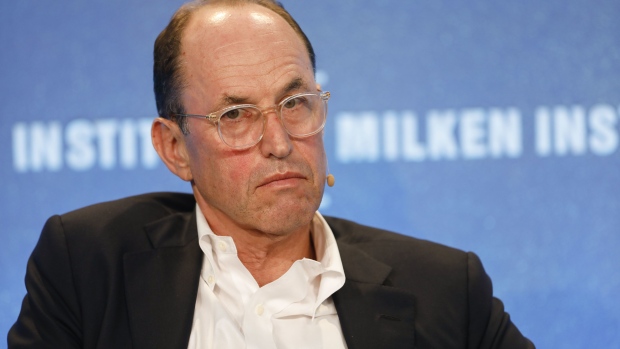 Leon Kalvaria, vice chairman of institutional clients group at Citigroup Inc., attends the Milken Institute Global Conference in Beverly Hills, California, U.S., on Tuesday, May 2, 2017. The conference is a unique setting that convenes individuals with the capital, power and influence to move the world forward meet face-to-face with those whose expertise and creativity are reinventing industry, philanthropy and media. Photographer: Patrick T. Fallon/Bloomberg , Bloomberg

(Bloomberg) -- Recent job cuts across Wall Street are the typical culling of underperformers rather than a sign the industry is undergoing a mass retrenchment, said a top Citigroup Inc. banker.

While the New York-based bank and some rivals have made small cuts, Citigroup has also been spending more on talent across its investment-banking unit, especially for technology and health-care industry groups, said Leon Kalvaria, chairman of Citigroup’s institutional-clients group.

“That said, we have to make sure we’re right-sized here going into the next year or two, so this will be an inevitable period where there will be some level of right-sizing,” Kalvaria said in a Bloomberg Television interview Tuesday. “I don’t see anything that people can look at and say, ‘This is just a mass retrenchment of the business.’ Not at all, because there’s still plenty of growth out there, and there are still great areas for us to invest in. And I think that applies to the rest of Wall Street.”

The industry’s biggest firms regularly cull underperformers ahead of the annual bonus season that comes at the start of the year. This year, though, they come as US banks have been hurt by a dramatic slowdown in investment-banking activity as the volatility that spurred gains for trading also weighed on capital markets.

Just a year ago, bankers were lamenting the relentless pace of their workloads during the pandemic, when activity was high and many staffers were still trapped at home due to lockdowns. Kalvaria said Citigroup’s return to the office has helped make life easier for the legions of junior bankers who might have felt overworked during the pandemic.

“Work from home was a stress for many of these people. They were working long hours, and I think what most of them have found is that the return to the office has allowed them to have a much more balanced lifestyle,” Kalvaria said. “I think we’re seeing much happier people in the office than sitting at home on Zooms for 12 hours.”

--With assistance from Alix Steel, Guy Johnson and Sonali Basak.