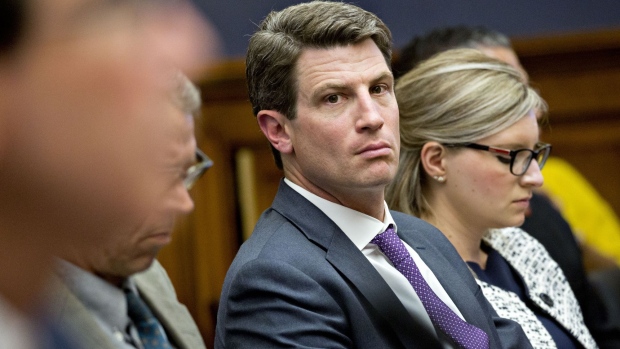 McIntosh will start next month and replaces Rohan Weerasinghe, who will stay with the firm through the end of the year to ensure a smooth transition, Citigroup Chief Executive Officer Jane Fraser said in a memo to staff. The bank had already announced that Weerasinghe planned to retire by the end of the year after almost a decade in the role.

McIntosh spent more than 10 years at the law firm Sullivan & Cromwell before joining the Treasury Department during former President Donald Trump’s administration, where he was general counsel before being named under secretary for international affairs. In that role, he helped design and implement measures to limit the economic impact of the pandemic.

He’s joining Citigroup as the firm overhauls much of its internal systems and underlying technology to modernize the bank and satisfy two consent orders from the Office of the Comptroller of the Currency and the Federal Reserve.

“Given our global network, his deep understanding of the various regulatory regimes under which Citi operates will be of great value as we begin the execution phase of our transformation,” Fraser said in the memo. “I look forward to his counsel as we navigate the exciting challenges and opportunities we encounter.”