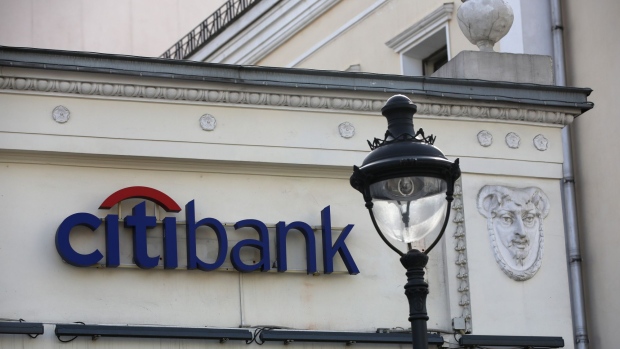 A 'Citibank' sign sits on display outside a Citigroup Inc. bank branch in Moscow, Russia, on Tuesday, April 10, 2018. Russia’s currency extended its plunge, dropping to the weakest level since Dec. 2016, as investors weighed the implications of the toughest U.S. sanctions yet. , Bloomberg

(Bloomberg) -- Citigroup Inc. is discussing the potential sale of its operations in Russia with privately owned Russian companies including Expobank and the insurer Reso-Garantia, the Financial Times reported.

Citigroup’s Chief Executive Officer Jane Fraser told Bloomberg News in May that the firm was in “active dialog” with potential buyers of its consumer and commercial banking operations in Russia. Investors had grown increasingly concerned that the invasion of Ukraine -- and the financial sanctions thrust upon many of Russia’s largest banks -- could thwart efforts to exit operations in the country, a push the Wall Street lender first announced last year.