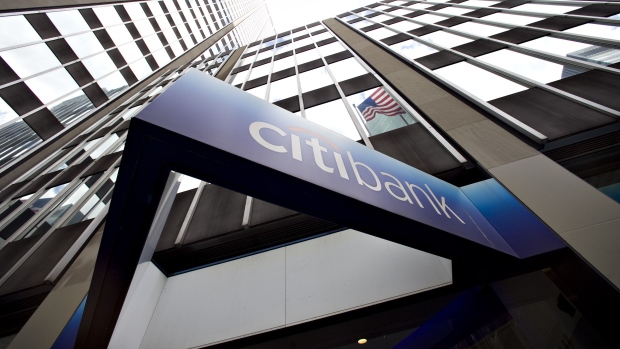 A Citi logo appears on a sign above a Citibank branch in the ground floor of Citigroup Inc. headquarters in New York, April 19, 2010.

Citigroup Inc. has narrowed the pay gap between men and women in its global workforce in the last year, the company said.

“We have much more work to do,” Wechter said in the memo. “Our work to address both measures is continuous and the pace of change is likely to vary from year to year.”

While many of its major competitors have offered “adjusted” pay gap analyses in response to shareholders and U.K. regulators, Citigroup is one of the few major U.S. companies to offer such a blunt disclosure, which measures median total compensation.

The “adjusted” pay gap analysis compares the compensation of men to women and accounts for factors such as job function, level and geography. On that basis, women globally are paid on average more than 99 per cent of what men are paid at Citigroup.

The bank has said that the difference between the two measures shows the need to increase the number of women and minorities in top roles, from assistant vice presidents to managing directors. The firm has said it will increase representation for those levels to at least 40 per cent for women and 8 per cent for black employees in the U.S. by next year.

Citigroup has focused on addressing the gender pay gap at the company and beyond. The firm introduced a new ad campaign last year featuring children of the bank’s employees. One ad captures the kids’ reactions when they learn about the gender pay gap and the unequal opportunities that exist for women across different industries.