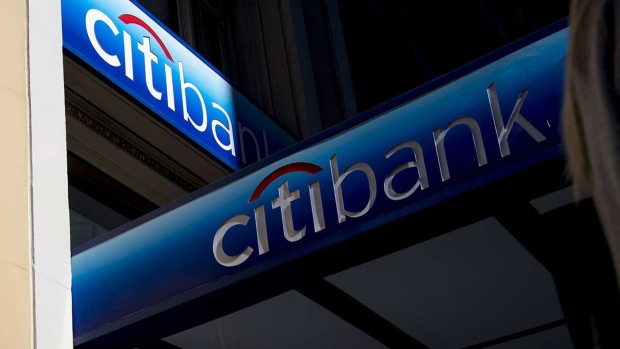 (Bloomberg) -- Citigroup Inc. is poised to officially re-enter the Texas municipal-bond market after winning preliminary approval for its first bond sale since a new GOP law caused the bank to stop underwriting state and local debt transactions there.

The Texas attorney general’s office provided preliminary approval on a school district debt sale that Citigroup underwrote last month, according to a person familiar with the matter. It’s an encouraging sign for the bank, which had to halt its Texas municipal-bond underwriting as it worked to comply with the law seeking to punish Wall Street banks for their gun policies.

Citigroup paused its Texas municipal business after the law went into effect on Sept. 1. The measure barred governments in the state from working with companies that “discriminate” against firearm businesses or trade groups. In 2018, the bank said it would forbid retailers that are its customers from offering bump stocks or selling guns to anyone who hasn’t passed a background check or is younger than 21.

But the bank has repeatedly said it can comply with the legislation. In November, Citigroup won an auction for a $26 million bond offering sold by the Alamo Heights Independent School District, which stands to be the firm’s first muni deal in Texas since late August.

The office of Texas Attorney General Ken Paxton, a Republican, did not respond to a phone call and email seeking comment on Wednesday. A representative for Citigroup declined to comment.

The public finance division in Paxton’s office sent the preliminary approval letter for the school district’s bonds on Tuesday, according to the person, who asked not to be named because the letter isn’t public yet.

The bond documents for the Alamo Heights Independent School District deal show the closing date is expected to be on or about Dec. 14.

Mike Hagar, the district’s assistant superintendent of business and finance, said in an email in November that they felt “confident” with Citigroup and that the attorney general’s office would approve the sale. Hagar did not immediately respond to a request for comment on Wednesday.