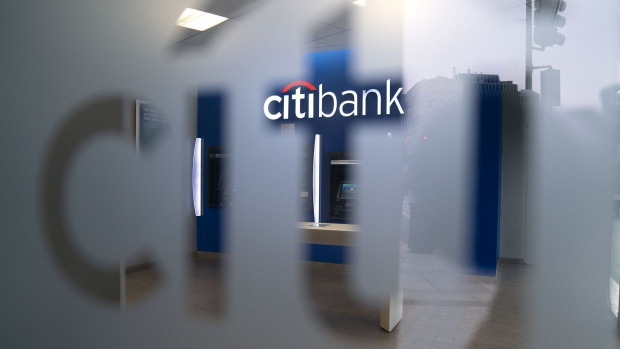 (Bloomberg) -- Citigroup Inc. faces tough odds as it tries to persuade an appeals court that disgruntled Revlon Inc. creditors should give back more than half a billion dollars the bank accidentally sent them last year.

A trio of federal judges in Manhattan will hear arguments from both sides on Wednesday as it weighs a lower court’s surprise decision that the lenders can keep the money -- a decision Citigroup’s main banking unit calls a misapplication of the law that sent “shockwaves through the markets.”

Citibank, which sued the lenders for the money last year, could get the decision overturned, but it won’t be easy, said Bloomberg Intelligence senior litigation analyst Elliott Stein. It would require the appeals panel to dial back the lenders’ key legal defense “in a way that undermines finality in business transactions and shifts responsibility for catching errors to creditors,” he said.

Stein noted that the federal judges could also kick the case over to New York’s highest court for its views.

The dispute turns on the “discharge for value” defense, established by a 1991 New York court ruling that creditors can keep money sent to them in error if they didn’t realize the payment was a mistake. In the Citibank case, the bank was trying to make an interest payment to one of the cosmetics company’s creditors in August 2020 -- acting as administrative agent on the loan -- when a series of employee errors led to a mistaken transfer of more than $900 million to other lenders.

Some returned the money, but a group including Brigade Capital Management LP, HPS Investment Partners LLC and Symphony Asset Management refused, saying Revlon had already defaulted on its obligations under a 2016 term loan and should have repaid them by that point. Citibank sued the lenders for the $504 million it hadn’t recovered. Following a two-week trial in December, U.S. District Judge Jesse Furman ruled for the Revlon lenders in February, saying they shouldn’t have been expected to know the transfer was in error.

Furman’s decision was a windfall for the creditors, which had been battling Revlon, controlled by billionaire investor Ron Perelman, over its May 2020 restructuring. It was a black eye for Citibank, which was forced to explain the embarrassing blunder to regulators, including the Office of the Comptroller of the Currency and the Federal Reserve. Chief Exeuctive Officer Jane Fraser in June called it a “massive unforced error” and showed examples of manual processes that need to be automated.

Citigroup said in a statement Tuesday that its appeal is grounded in “strong legal precedent and deep ethical principles.”

“The lenders who tried to keep the money were not entitled to the funds at the time, did not expect to receive them at the time, and should have known they were transferred accidentally,” spokeswoman Danielle Romero-Apsilos said in a statement. “A decision requiring the return of the money is supported by a tremendous number of major industry voices, and would also uphold the spirit of cooperation necessary for a well-functioning syndicated lending market, providing needed stability, clarity, and certainty.”

A number of law professors, advocacy groups and industry associations have sided with Citibank, saying Furman’s decision has already disrupted the way the market works and changed the expectations of its participants. One of the briefs in support of the bank’s position was filed by the Loan Syndications and Trading Association, a not-for-profit group that represents more than 500 firms involved in the origination, syndication and trading of commercial loans, including both Citigroup and most of the creditors in the case.

The group said that while the syndicated loan market is largely automated, “mistakes do happen” and participants routinely return incorrect payments.

The creditors say that courts have placed the burden of reconciling mistaken transfers on the banks, rather than the recipients. They say Citibank’s arguments ignore the fact that there had never been a mistaken payment of the exact amount of an outstanding loan like the one in the case.