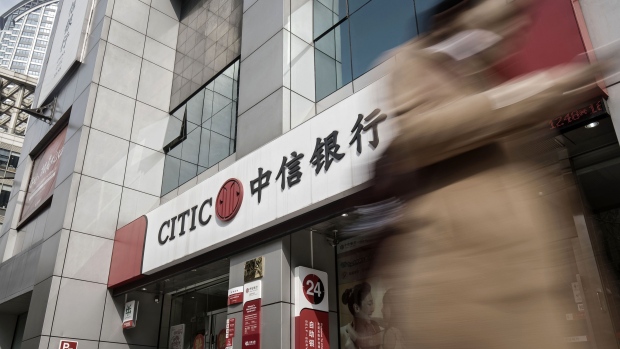 China Citic Bank International Ltd., a Hong Kong-based unit of the nation’s largest state-run conglomerate, sent a message to staff on Wednesday, saying that “no employee shall travel by flights operated by Cathay Pacific Group” for business purposes with immediate effect, according to a copy of the memo seen by Bloomberg. A representative for the bank in Hong Kong confirmed the authenticity of the directive and said it was sent to ensure travel safety.

For personal trips, the bank said staff should avoid flying on airlines “with safety warnings imposed by relevant regulators.”

The unit of Citic Group joins China Huarong International Holdings Ltd. and finance-to-brewing conglomerate China Resources National Corp. in banning employees from booking flights on the Hong Kong carrier. Cathay, which has emerged as the most visible corporate target for China during the demonstrations, saw its shares tumble to a 10-year low this week.

The boycotts are the latest sign of how the Hong Kong protests are fraying relations between mainland China and the city. Cathay, which is controlled by the U.K.’s Swire family, counts state-run Air China Ltd. as its second-largest shareholder.

Cathay didn’t immediately respond to a request for comment on the boycotts.

Cathay’s troubles with China began emerging last week, when China’s civil aviation authority issued a major aviation safety warning to the company for failing to adequately respond to employees participating with the months-long protests that have been roiling the former British colony.

In response, Cathay has said it would comply with all of China’s directives, warned employees not to participate in the demonstrations and fired two pilots in connection with the unrest. The regulator on Thursday said that Cathay has been complying with the various orders it had been given to rectify the matter.

--With assistance from Kyunghee Park.

To contact the reporter on this story: Alfred Liu in Hong Kong at aliu226@bloomberg.net

To contact the editors responsible for this story: Sam Mamudi at smamudi@bloomberg.net, Young-Sam Cho