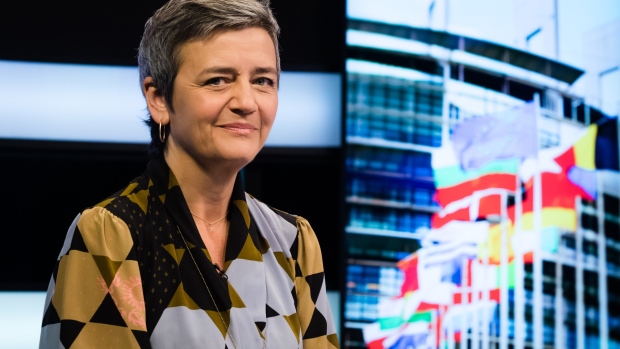 Citigroup was hit hardest with a 310.8 million-euro penalty, followed by fines of 249.2 million euros and 228.8 million euros for RBS and JPMorgan, the European Commission said in a statement on Thursday. Barclays Plc was fined 210.3 million euros and Mitsubishi UFJ Financial Group Inc. must pay nearly 70 million euros as part of the settlement with the EU’s antitrust regulator.

Traders ran two cartels on online chatrooms, swapping sensitive information and trading plans that allowed them make informed decisions to buy or sell currencies, the regulator said. Many of them knew each other, calling one chatroom on the Bloomberg terminal the "Essex Express n’ the Jimmy" because all of the traders but one met on a commuter train from Essex to London. Other rooms were called the "Three Way Banana Split" and "Semi Grumpy Old Men."

"Foreign exchange spot trading activities are one of the largest markets in the world, worth billions of euros every day," EU Competition Commissioner Margrethe Vestager said. "These cartel decisions send a clear message that the commission will not tolerate collusive behavior in any sector of the financial markets."

UBS Group AG escaped a fine because it was the first to tell regulators about the collusion. The five other banks won reduced penalties by striking a settlement with the commission that won’t allow them to challenge the EU’s findings. Credit Suisse Group AG was separately charged by the EU over FX collusion last year and a fine may come at a later date.

Traders’ manipulation of benchmark foreign-exchange rates was exposed in 2013 Bloomberg articles, triggering regulatory probes in the U.S., the U.K. and Switzerland. More than a dozen financial institutions have paid about $11.8 billion in fines and penalties globally, with another $2.3 billion spent to compensate customers and investors. Former U.S. attorney general Loretta Lynch in 2015 said the banks engaged in a “brazen display of collusion” to game markets.

“We are pleased to resolve this historical matter, which relates to the conduct of one former employee. We have since made significant control improvements,” a spokesman for JPMorgan said in an emailed statement.

MUFG said in a statement that they “are committed to ensuring integrity and compliance with the regulatory authorities in every jurisdiction in which we operate, and have taken a number of measures to prevent this occurring again.”

Traders exchanged information about outstanding customers’ orders, bid-ask spreads, their open-risk positions and details of current or planned trading activities. They would sometimes agree to "stand down" or stop a trading activity to avoid interfering with another trader in the group. They traded 11 currencies, including the euro, the U.S. dollar, the British pound and the Japanese yen.

While the U.S. has won guilty pleas from JPMorgan, Citigroup, RBS and Barclays, three British traders in a group known as “The Cartel” were acquitted by a U.S. federal court last year of using a chatroom to coordinate trades and manipulate prices on the spot exchange rate for euros and U.S. dollars.

--With assistance from Donal Griffin, Patrick Winters and Viren Vaghela.

To contact the editors responsible for this story: Anthony Aarons at aaarons@bloomberg.net, Peter Chapman, Keith Campbell