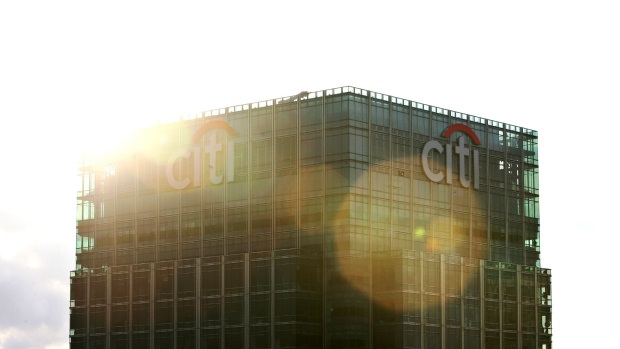 (Bloomberg) -- Citigroup Inc. is returning to the social bond market just days after it became the first Wall Street bank to agree to do audit its business to determine if and how it contributes to racial discrimination.

The lender is selling bonds in as many as three parts, including a social tranche maturing in four years, according to a person with knowledge of the matter. The longest portion of the offering, a 21-year security, may yield 1.2 percentage points above Treasuries, said the person, who asked not to be identified as the details are private.

The bank last week agreed to do a deep dive into its business to see if, and how, it contributes to racial discrimination. The audit will focus on its 2020 commitment to dedicate $1 billion toward initiatives it hoped would help close the persistent racial wealth gap in the U.S., where the average net worth of a White family is nearly ten times higher than that of a Black family.

The debt will be Citigroup’s second syndicated social bond after it sold $2.5 billion of debt in October last year to help fund the construction, rehabilitation and preservation of affordable housing for low-and moderate-income populations in the U.S. Its social bonds are meant to support lending to social inclusive businesses across the bank’s emerging-market footprint, the person said in relation to Wednesday’s deal.