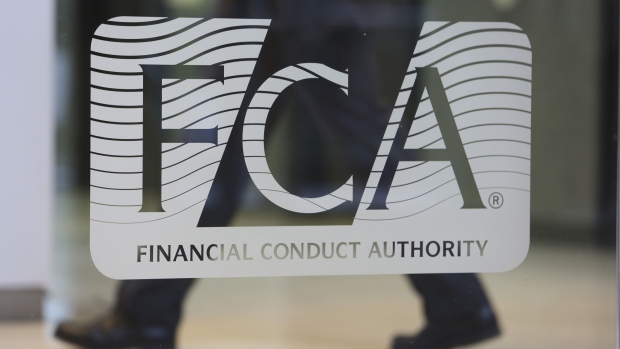 The headquarters of the Financial Conduct Authority in London. Photographer: Chris Ratcliffe/Bloomberg , Bloomberg

(Bloomberg) -- A London brokerage and its senior managers were hit with penalties and bans by the City’s financial watchdog for failing to report dozens of suspicious transactions.

Sigma Broking Ltd. was fined £530,000 ($596,830) for a series of reporting failures, the Financial Conduct Authority said Thursday. The regulator, which has recently prioritized cases of market abuse, said managers acted negligently while compliance and oversight was “unclear and confused.”

The privately-owned brokerage missed 97 suspicious transactions or orders that should have been reported to the FCA, according to the notice. Sigma expanded its desk in late 2014 to include highly-leveraged trading of contracts-for-difference, but its failures to accurately report the trades increased the risk of insider dealing and other financial crime, the FCA said.

“Firms must accurately report their transactions and bring any suspicious activity to our attention. Sigma failed to do this, which left potential market abuse undetected,” said Mark Steward, the FCA’s Executive Director of Enforcement and Market Oversight.

Sigma Broking’s Chief Executive Officer, David Mudie, who joined the firm in 2017, declined to comment. The firm and its managers agreed to settle the case in the middle of the investigation, qualifying for a 10% discount on the size of the fines.

The FCA focused in on the transactions dating from 2014 to 2016, according to the notice. Sigma sold the CFD business in August 2018.

The firm failed to accurately report what was essentially the second-leg of its trades, meaning that some 56,000 transactions were missed, according to the FCA. In addition brokers took personal loans from customers, including in one case more than £100,000 from a family member with a trading account, but failed to report that to Sigma.

(Updates with Sigma divesting the business in 2018 in sixth paragraph.)