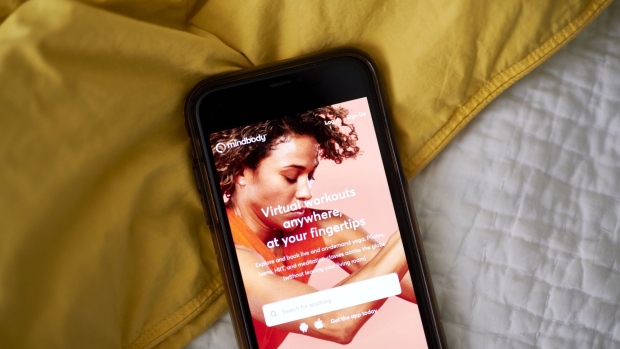 (Bloomberg) -- ClassPass and Mindbody Inc., providers of technology to fitness companies across the globe, have held merger talks, according to people with knowledge of the matter.

Details of the discussions couldn’t immediately be learned and no deal has been reached, one of the people said.

A spokesman for Vista Equity Partners, which owns Mindbody, declined to comment. Representatives for Mindbody and ClassPass didn’t immediately respond to requests for comment.

New York-based ClassPass is a subscription-based business that gives users the ability to book workouts at fitness studios and other locales, as well as services such as massages and manicures. The company in January 2020 said its valuation eclipsed $1 billion after raising $285 million from investors including L Catterton, Apax Digital and Temasek. Earlier investors include General Catalyst and Josh Kushner’s Thrive Capital.

San Luis Obispo, California-based Mindbody, which makes software used by gyms, fitness studios, salons and spas, was the target of a $1.9 billion leveraged buyout by Vista that closed in February 2019. The company went public in 2015.

The onset of the pandemic in 2020 hurt fitness companies that both ClassPass and Mindbody count as customers, with many forced to shutter and some pushed into bankruptcy. ClassPass pivoted to provide digital classes, and in February added vaccine centers to its platform.

ClassPass co-founder Payal Kadakia and Mindbody co-founder Rick Stollmeyer are both executive chairmen and former chief executive officers of their companies. Fritz Lanman is the current ClassPass CEO, and Josh McCarter has the top job at Mindbody. Both firms offer apps that can be used directly by consumers.