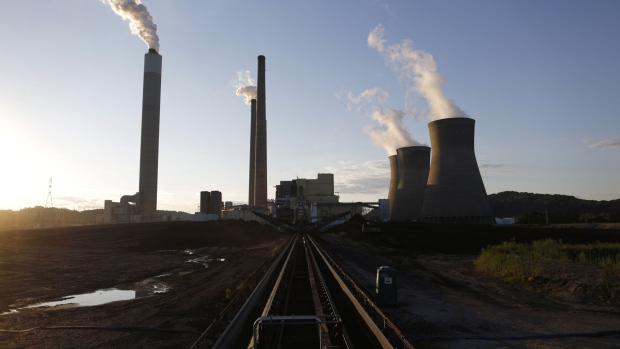 Much as a special-purpose acquisition company offers entrepreneurs quick access to public markets, a retired power facility offers renewable energy producers a back door onto the grid. Denmark’s Orsted AS, for instance, is developing a 1.1-gigawatt wind farm off the New Jersey coast that’s expected to go into service in 2024. The turbines will be at least 15 miles (24 kilometers) from shore, and Orsted plans to connect them to the grid at two onshore sites, a coal plant that retired last year and a nuclear plant that was shuttered in 2018.

“These are communities that already have a power plant,” said Chris Levesque, chief executive officer of Terrapower. “You already have that ready transmission connection.”

Besides transmission infrastructure, Levesque said converting a coal plant means there’s already water infrastructure, necessary for cooling both coal-fired power equipment and nuclear reactors. The plant also likely comes with a skilled workforce that can be retrained with relative ease.

Best of all, the local community is unlikely to mount the kind of opposition that’s derailed some renewable energy projects requiring new long-distance transmission. Power lines that run for miles often cross multiple city and state jurisdictions, any of which can block a project. In some cases, local opposition has hardened from NIMBY — not in my backyard — to NOPE — “not on planet Earth,” said Tyson Slocum, director of the energy program at advocacy group Public Citizen.

“It’s very hard to build any kind of new transmission,” said Slocum. “Anytime you can repurpose existing infrastructure, it makes it easier to get permitting.”

It also reduces costs, said Jeff Bishop, CEO of Key Capture Energy LLC, which is installing a 20-megawatt battery system adjacent to a Maryland coal plant scheduled to retire by the end of 2025. The plant is owned by Talen Energy Corp, a Texas-based produced of mostly fossil-based energy. Assuming the current battery project goes well, Talen plans to install as much as a gigawatt of battery storage at converted fossil-fuel plants over the next five years, capable of holding about as much energy as a large nuclear reactor can produce.

Making use of that existing infrastructure, particularly the existing substation, will reduce the total project cost by about 20%, according to Bishop.

“You can connect anything into that substation,” said Bishop. “The substation doesn’t care about what kind of generation is there. It just cares about the electrons.”